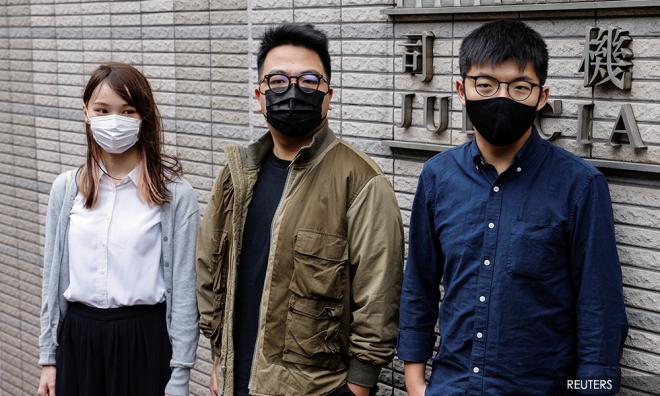 Joshua Wong, 24 (on right in photo, above), one of Hong Kong's most prominent pro-democracy activists, was jailed today for a total of 13-and-a-half months after pleading guilty to charges related to unlawful assembly at last year's anti-government protests.

Wong's long-time colleagues Agnes Chow, 23 (on left in photo, above), and Ivan Lam, 26 (in the centre), were jailed for a total of 10 and seven months, respectively, after pleading guilty to charges linked to the same siege of police headquarters at the height of the protests in June 2019.

The judge reduced overall jail terms after their guilty pleas.

Their sentences come as critics of the government say it is intensifying a crackdown on the Chinese-ruled city's wide-ranging freedoms guaranteed when Britain returned it to Beijing in 1997, a charge authorities in China and Hong Kong reject.