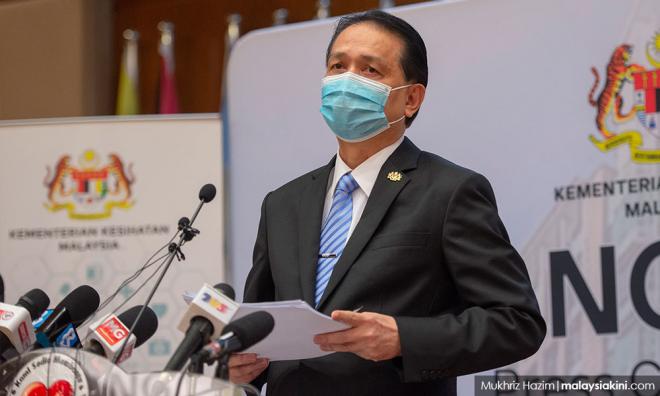 He said some of the cases are actually from last year, which have already been dealt with by the district health departments.

"The Health Ministry wishes to confirm that the situation is due to the late reporting of cases to the Crisis Preparedness and Response Centre, including positive cases detected in 2020.

"The spike in cases is due to targeted screening at workplaces, close contact tracing, and screening of high-risk groups which was done on a large scale at several states.

"However, appropriate action has been taken by the district health departments for the cases reported late, such as isolating and treating positive cases, and contact tracing, and active case detection," Noor Hisham said in a statement today.

He added that there were also delays in reporting using the Public Health Lab Information System (Simka) by some private facilities such as clinics and hospitals.

Noor Hisham said the Health Ministry will work with all quarters to ensure the backlog is resolved.

Previously Selangor Menteri Besar Amirudin Shari also said that the spike in cases was due to a backlog.

Amirudin said there are plans to fine private clinics and hospital who don't immediately report Covid-19 cases through Simka.

Selangor has seen the highest numbers during this three-day spike, totalling 8,876.