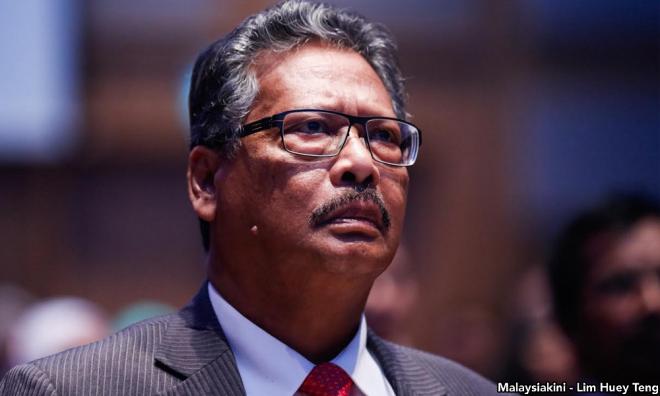 The former Federal Court judge today confirmed that he would be lodging the report at the Sentul district police station at 2.30pm.

“Yes,” he told Malaysiakini via message today regarding the lodging of the report.

When asked whether the report is over allegations...

YOURSAY | Ex-AG’s memoir: Some transparency is better than none
3 Feb 2021
Dr M 'satisfied' with Thomas but wanted him out due to 'bashing'
3 Feb 2021
LETTER | Memoir of a former AG: Could the publication be prevented?
3 Feb 2021
Ex-AG: Harapan's dithering and pandering led to poor law reforms
3 Feb 2021
Ex-AG's book: Publisher threatens legal action on those circulating pirated PDF
1 Feb 2021