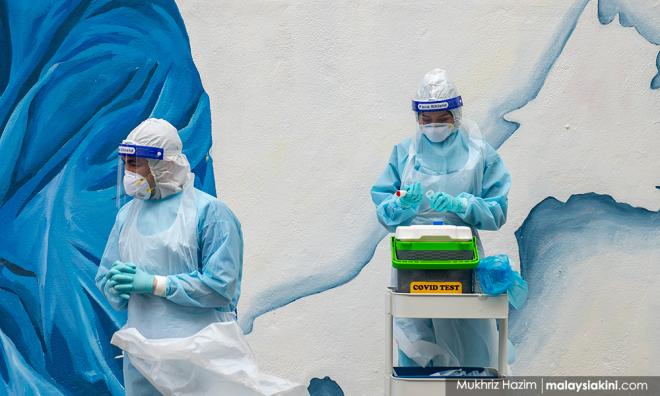 The total number of Covid-19 cases in the Klang Valley has exceeded the 105,000 mark. The infectivity rate in Selangor and Kuala Lumpur is still high, but the national average is showing signs of declining.

Twitterjaya has been aflame with the #KitaMintaLima movement which implores the Yang di-Pertuan Agong for five requests related to the Covid-19 pandemic or for the government to be changed.

Chinese associations claim their demands were not met during discussions with the government on Covid-19 standard operating procedures for Chinese New Year celebrations.

The Perikatan Nasional government has decided to allocate RM100,000 to each opposition MP.

A 20-year-old man claims plainclothes police officers assaulted him repeatedly after falsely suspecting him of being linked to "tontos" for a cigarette smuggling syndicate.

DAP legal bureau chairperson Ramkarpal Singh called on the judiciary to investigate allegations of corruption which were revealed by a former magistrate who was jailed for taking bribes.

A group of young artists put up an exhibition showcasing their generation's perspective of the May 13 tragedy.

Physical classes for students sitting for SPM and its vocational equivalent SVM will end on Feb 9, raising questions on whether this is the right move.