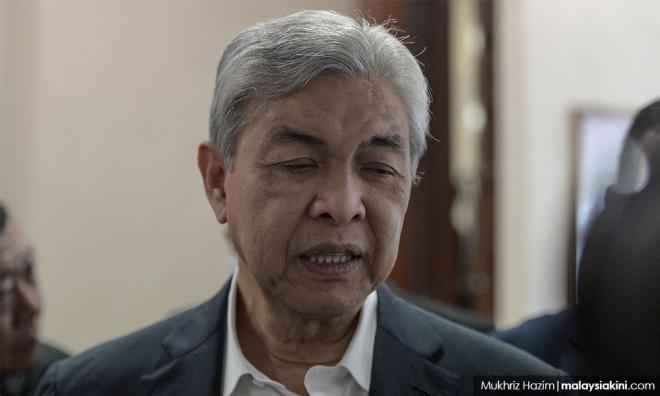 1. The High Court in  Kuala Lumpur told Umno president Ahmad Zahid Hamidi to avoid attending Umno meetings at least a week before any hearing for his corruption trial, after close contact with a person infected with Covid-19 at a meeting disrupted the trial for the second time.

2. Zahid’s lawyers revealed that the National Security Council had granted their client a permit for interstate travel that is valid until August.

3. Accounts from insiders at the Umno meeting revealed a gulf between Umno ministers and other supreme council members, with the deputy prime minister post and a RM600 million allocation on the line.

4. Several groups are lobbying to ensure that ‘forgotten frontliners’ like hospital cleaners and security guards are not left behind again, as Malaysia prepares to start its Covid-19 vaccination drive.

5. Health Ministry director-general Dr Noor Hisham Abdullah vowed further engagements with Orang Asli communities as anti-vaccine sentiments take hold, while the National Cancer Society of Malaysia assured that Malaysians are not being used as ‘guinea pigs’ as millions of people around the world have already taken Covid-19 vaccines.

6. Human rights groups are seeking a court order to halt today’s deportation of 1,200 Myanmar nationals, claiming that they have proof that asylum seekers are among those being deported.

7. Police are investigating Malaysiakini editor-in-chief Steven Gan and Klang MP Charles Santiago under sedition and multimedia laws for comments made after the Federal Court found the news portal guilty of contempt last Friday.

8. A court order has been issued against Jepak Holdings Sdn Bhd for it to pay an RM1.65 million levy linked to the controversial RM1.25 billion Sarawak solar hybrid energy project, but the company is applying to set aside the judgment.

9. As SPM examinations begin, 428 students in Sarawak are unable to sit for the exam because they have been infected with Covid-19 or live in an area under the enhanced movement control order.

10. Singapore is investigating a Malaysian delivery truck driver who allegedly violated restrictions that forbade mingling in the country’s community while making deliveries. The truck driver had tested positive for Covid-19.