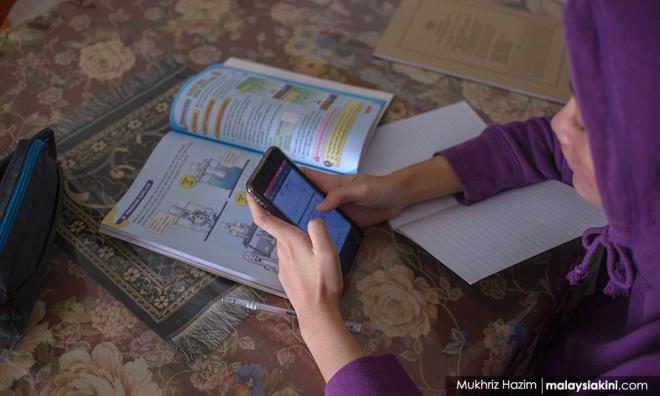 COMMENT | There’s a quote I found quite memorable in former attorney-general Tommy Thomas’ hotly-debated new book, “My Story: Justice in the Wilderness”, where the author defended himself against accusations that he spoke poor Malay by describing what he believed to be a key feature of the advanced complexity of common law:

“It is largely a result of the greatness of the English language, the language of Shakespeare, Milton, Dickens and Austen. Hence, it was not so much that one is reluctant to use Malay for legal purposes; it was rather a commentary on the greater benefits of English.”

Two other similar controversies recently emerged alongside Thomas’ quote that are also related to the politics of language in Malaysia - the first being an educational video clip by a teacher on human reproduction on the newly-launched DidikTV, and the second being a streamed speech given by Women, Family, and Community Development Minister Rina Harun.

The latter two were criticised - sometimes virulently - for representing a very poor standard of English in their respective presentations.

Language of course does not exist in a vacuum, and is closely tied to the fault lines of both ethnicity and class. Indeed, language barriers often mirror much more significant social barriers.

Many people with my background, class, and type of education often advocate teaching in English, sending their kids to international schools, and are quick to criticise public figures who do not have a good grasp of English. The arguments used publicly are often centred around the practical benefits of speaking what is probably the world’s most international language.

It’s probably fair to say that those who are most critical of others with poor English are people who themselves speak good English. These criticisms imply a certain expectation that the people criticised (like Rina Harun or the DidikTV teacher for example) should in fact have a better grasp of English.

If we take a step back from our assumptions, the question arises: why should we expect this of them?

COMMENT | Colonial roots in law against ganja and ketum
20 Feb 2021
YOURSAY | Malaysia is already the 'sick man' of Southeast Asia
7 Feb 2021
Black hole and beyond - teacher takes to YouTube with Physics in Malay
25 Jan 2021
After academia, literature don to continue telling stories
6 Jan 2021
Teacher hit with another suit over English class attendance
22 Dec 2020