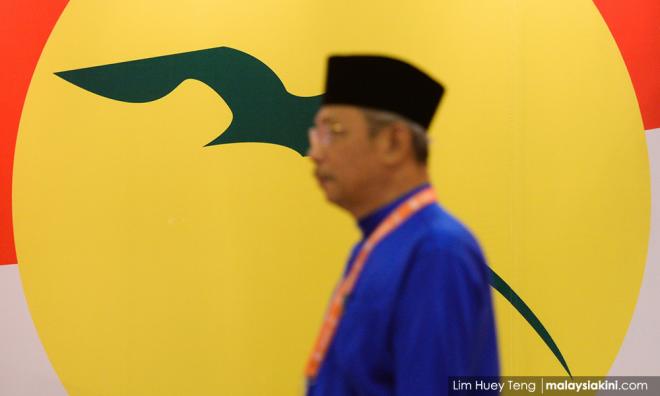 YOURSAY | ‘Now that Umno has become a victim of their own handiwork; they cry foul.’

Democracy in the country is dead - Zahid Hamidi

Vijay47: If Dewan Rakyat deputy speaker Azalina Othman Said’s letter to the attorney-general was the voice that represented all of us, as you contend, Umno president Ahmad Zahid Hamidi, I doubt you are included.

But let me first digress a little. I am surprised, pleasantly, going by her performance thus far, that Azalina would actually speak up for parliamentary democracy. To paraphrase Lady Macbeth’s wonder: “Who would have thought the lady to have so much honourable blood in her?”

Why the sudden repentance, Zahid? Do you see the moving finger write, do you discern the hour of reckoning drawing close? Not that they have not already done so for you, with more promises in store.

The death of Parliament did not occur overnight, it was written in the stars years ago when an evil man now old laid the poisonous foundation for the eventual collapse of every crucial national institution; in suspending Parliament under the convenient cloak of fighting the virus, Prime Minister Muhyiddin Yassin was merely delivering the coup de grace.

Why the change of heart, Zahid? You had no compunction hunting with the hounds, arrogantly believing yourself to be lord of all that you surveyed. The future does not seem rosy anymore, you are no longer the omnipotent creature you thought you were. When did you ever “speak up for the people”?

It has been reported that Umno will sever ties with the government come the end of the emergency. Why wait for the twelfth of never, Zahid? If you are indeed that disenchanted with your present comrades, cut the cords now.

Opportunists are beginning to evacuate, even inconsequential rats are jumping the PAS ship. Tunggu apa lagi? (What are you waiting for?) Not that we wish to welcome you.

Jamy: Umno is now talking about democracy being dead in this nation. Where were they when they were in power? Stomping all over the rights of the people by interpreting laws to suit their agenda.

Now that they are being treated in the same manner, only then they realised how the people felt.

It is true that situations at times will awaken us to the truth. The question that remains is whether we will learn from it, or when we are back in power, will we return to our old ways.

Secondly, the differences or dissatisfaction between both parties have spilled into the open. We know of different factions in Umno that sides with Muhyiddin due to the positions and perks they enjoy, then we have the diehard Umno party supporters, and then those that have issues to answer to.

In order to be a powerful force to be reckoned with, they need to band together. Otherwise, by the time the next elections are due, they will be broken up into pieces and stepped upon like MIC and MCA.

Zahid, we hope that if Umno rises again to take pole position, they will remember these words spoken about democracy being dead.

Doc: Indeed, there were no complaints coming out of Umno on the fate of the Malaysian democracy when they were running the country for decades.

Umno’s leadership has been actively involved in dismantling the foundations of Malaysian democracy since the 80s. From the judiciary crisis in the 80s orchestrated by the Mahathir regime, the numerous corruption scandals since then to the alleged multiple megalomaniac cronyism projects.

All these democratic eroding measures were the work of Umno's leadership throughout the last couple of decades. Fast forward today to when Umno has become a victim of their handiwork; they are crying foul.

Mario T: Zahid, democracy and the pillars on which this country's constitutional foundation was built on are still alive. However, it has been battered and shattered in the course of political greed and insatiable appetite for power and wealth.

What was originally conceived to reflect a truly cosmopolitan nation was turned into a monopoly by one community.

Please do not alienate yourself and your party from any wrongdoing. You are also to be blamed for the state of political affairs today.

Policies need to change to restore democracy to its fullest. Work on it for the good of all Malaysians.

FairMalaysian: Zahid wants the cake and eats it too. He wants to be part of the government and yet take potshots at it.

Understandably, he and his party as part of the government should have kicked a fuss behind the scenes. With a majority much larger than the other parties, it should have had Bersatu and PAS in its hands. What to do, he has been reduced to an "ordinary", bitter and grumpy person.

Iphonezours: Zahid, this is the price you pay when your party, though was voted out in GE14, wanted to return to power.

You could have just stayed as a strong opposition providing check and balance to Pakatan Harapan but Umno being Umno, could not accept the fact of being a federal opposition.

After nearly one year in PN, this government which you are part of, is so incompetent and now with the emergency order, you are crying loss of democracy. If you truly value the meaning of democracy, just state your stand and withdraw from PN.

Anticonmen: Yes, only now when the survival of party and post is at stake, do you talk of democracy. Democracy is not like a marriage of convenience or to be applied at whim and fancy.

It is “equality, freedom, justice” at all times and for everyone regardless of class or creed. Once written in the Constitution, it must be cast in stone and can and should never be changed or tinkered with to suit your fancy.

Oriole: Too little and too late. Words are cheap, so what are you going to do, Zahid? It is time to stand up and right the wrongs that you and others before this government enabled.

Don't preach to us about democracy. We are seeing it crumble before our eyes. But you and others have allowed this to happen. So, straighten up and right the wrong.

RZee: Wait a minute, isn’t he part of this government that killed democracy? Was the Sheraton move and the formation of this backdoor government democratic?

He and his supporters can easily withdraw their support for this backdoor government and support the party that wants to govern properly and lift the emergency. Why doesn’t he?

Talk is cheap. The rakyat are fed up with doublespeak.