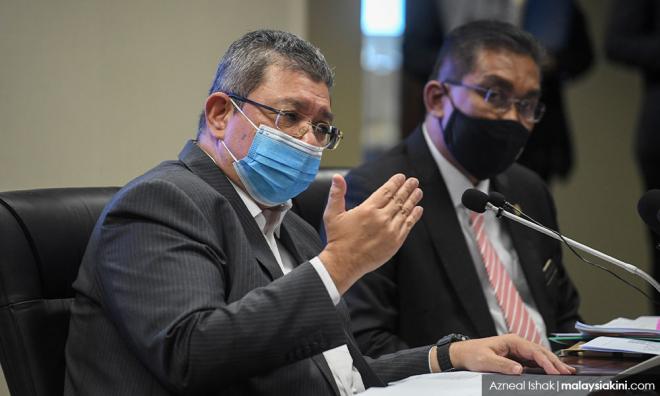 Critics seeking assurance that the new ordinance to combat "fake news" relating to Covid-19 and the emergency would not be abused had posed a political, rather than a legal question, Communications and Multimedia Minister Saifuddin Abdullah said today.

"That's a political question, not a legal question. That's number one.

"Number two, the ordinance is very specific. It is only about Covid-19 and the emergency," Saifuddin said during a joint press conference with de facto law minister Takiyuddin Hassan at his ministry in Putrajaya.

He said this when asked for a response to critics' arguments that provisions under the ordinance were too broad and mirror elements of existing...