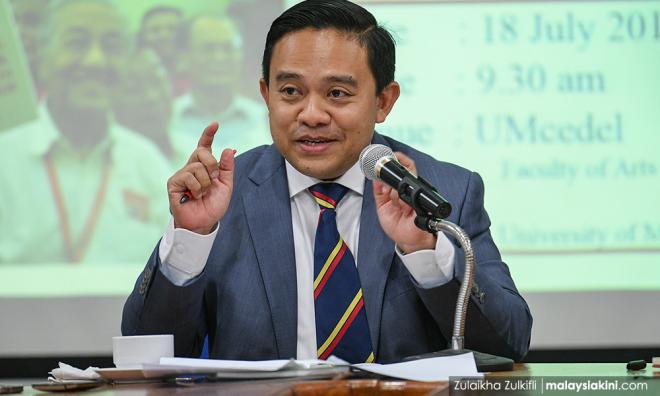 Speaking at a live interview session aired on Facebook, he hinted that the problem Umno has to deal with is its own party president - Ahmad Zahid Hamidi.

Wan Saiful (above) said it was Zahid who stated full support from Umno for opposition chief Anwar Ibrahim to become the country's next prime minister when the party is part of the PN government.

"This letter expressed loyalty to the opposition chief, signed (by Zahid) as the president of a party that is part of the government...