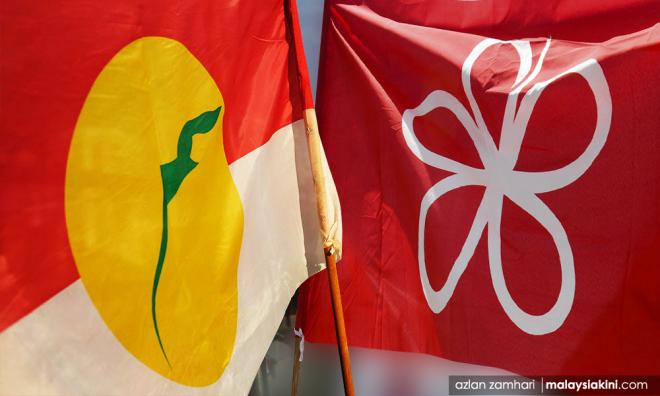 COMMENT | How long will Umno bend the knee to Bersatu?

"If the Umno president and BN chairperson is strong, no component party would think of inviting an outsider. This is really embarrassing."

COMMENT | Former Umno supreme council member and longtime loose cannon Nazri Abdul Aziz, who claims to not be in any camp, "court cluster" or "cabinet cluster", took shots at current BN president Ahmad Zahid Hamidi. He said as long as Zahid sticks around, the perception of Umno “not being clean” will persist.

A reality check is needed here. The reason why Zahid is perceived as weak has nothing to do with his corruption scandals and everything to do with the once hegemonic Umno bending the knee to Bersatu. The fight between Umno and Bersatu is in reality just a fight between current and former Umno members and not some sort of deep ideological fissure.

You cannot really make a choice between Umno and Bersatu because they are the same. All those hypocritical calls for Zahid to step down would mean something if a former prime minister, now convicted felon, received the same treatment when he led BN in the last general election. Factions within Umno that have no love for Bersatu and PAS, clearly have grown tired of those ensnared by corruption scandals.

With all the internal bickering going on in Umno, the commonality is that everyone sees the Muhyiddin Yassin regime as weak. Everyone wants to...