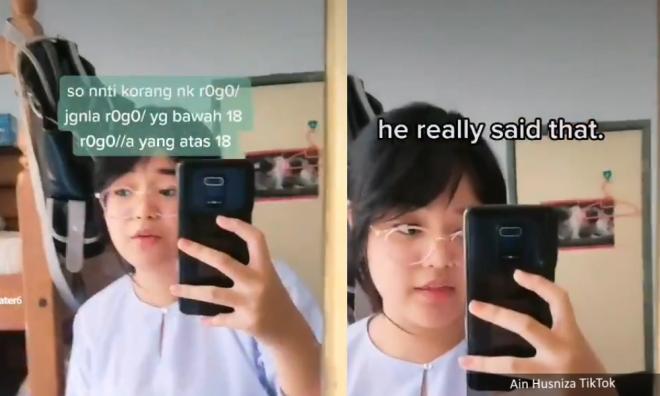 A teenager has alleged that a male teacher made jokes about rape during a class on Friday, prompting widespread outrage on social media.

Ain Husniza Saiful Nizam, 17, said the inappropriate remarks were made while students were discussing sexual harassment during a physical and health education class at her school in the Kuala Selangor district.