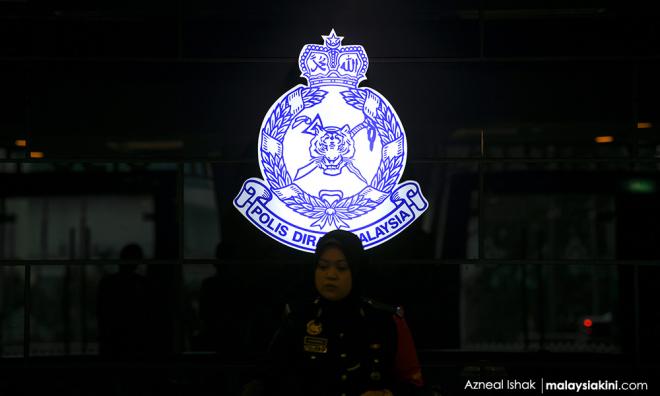 YOURSAY | Police can't be marking their own exam paper

YOURSAY | How many more detention-related deaths before we implement IPCMC?

Alleged police brutality victim dies, after a month in ICU

MarioT: Firstly, my condolences to the bereaved family.

Custodial death has been the norm in Malaysia for a long time and treated very lightly by the authorities. Even the so-called custodians of Indian welfare, especially the political parties, pretend not to know about it.

The inspector-general of the police (IGP) may have a lot to comment about on other issues, but these dubious and mysterious deaths occurring in his own detention centres are totally ignored.

Very Concerned Citizen: How many more persons should die while under police custody before the Independent Police Complaints and Misconduct Commission (IPCMC) is fully made into law and implemented?

Over the years, many have died while in police custody. Has anyone been convicted for these deaths in custody?

For now, we have no choice but to depend on the not-so-powerful Suhakam to investigate this death. Please do not ask the police themselves to investigate their own kind because we can guess what the outcome will be, as mentioned by so many comments here.

We call all bodies concerned to implement IPCMC immediately or otherwise who cares if another person dies in the police lock-up again?

Let us stop these deaths now. Our condolences to the family, and may the soul of A Ganapathy rest in peace.

Annonnymous 080: “A comprehensive investigation has been conducted. So far, we are waiting for the autopsy report,” said Gombak OCPD Arifai Tarawe.

More and more, an independent investigating body is needed. The police can’t be marking their own exam paper.

I wonder why is it that among the many races that get remanded, the statistics are higher on Indians dying in custody.

Kawak: Not once. Many Indians have died while in remand or police custody. And after all the hoo-hah and investigations, nothing comes out of it.

Whether a suspect is an Indian, Chinese or Malay they are all human beings. They are suspected of committing a crime and not being charged in court.

Do the police SOP (standard operating procedure) and the law allow the suspects to be beaten and abused to extract confessions?

Is there some sort of racist agenda in our police force, like what the police in the US did to abuse Black Americans?

The IGP must act now to weed out all the bad cops and make justice prevail.

Beman: Detaining a person to facilitate an investigation does not give the police any right whatsoever to abuse him or her. It does not matter whether the detainee is involved in the crime investigated or not.

If the police are allowed to beat up detainees to extract confessions, not many detainees, including those innocent of crime under investigation, will walk out of police stations alive.

Gaji Buta: The arrest laws in Malaysia clearly need to be revamped. This outdated system is causing too much trauma to families and is open to abuse.

If this man was only needed for information, why arrest him if he had not committed any crime? Why did the court decide he needed to be held for 14 days?

In other countries, they are only brought in for questioning and allowed to leave after that if not charged with a specific crime.

Also, why aren't those arrested in Malaysia allowed to have a lawyer present from the time of the arrest? Is the government, Malaysian Bar or Attorney-General’s Chambers doing anything about this?

BusinessFirst: This is not a high-profile case compared to the death of firefighter Muhammad Adib Mohd Kassim. But to show that Malaysia is totally transparent and fair to all races, I think they should appoint the same coroner who presided over Adib's case.

We can also get the same top physics expert from the best university in the world, UiTM. I dare say the best university ever in the history of humankind (well, since we are rewriting history in Malaysia, why not this too?) to perhaps testify whether such injuries could, maybe, be self-inflicted?

Also, please, before you make any allegations against the great police force (which we all know to be filled with officers of impeccable integrity despite what the IGP claims), ensure you produce video evidence.

This can be done simply by asking the people beating you to take a video of it. You just need to be polite about it. I am sure they will accommodate such a reasonable request.

Further, what you are all doing is repeating hearsay. Surely you do not expect the police to act on hearsay. If not, you can lodge reports against anyone and at any time. This does not happen in Malaysia, except maybe in reports against DAP leaders.

The victim should ideally make his own police report. Please do not use one's own death as an excuse for not following proper procedure.

After all, before passing away (may he rest in peace), he could have walked from his ICU bed to make the report. Even if you had one leg amputated, well, you can hop or crawl, yes?

Just my humble suggestions so that people do not make false allegations and cause disharmony in Malaysia.

A full investigation needs to be done. Condolences to the family and the poor children who have lost their father. This is sad indeed. Police, please do better.