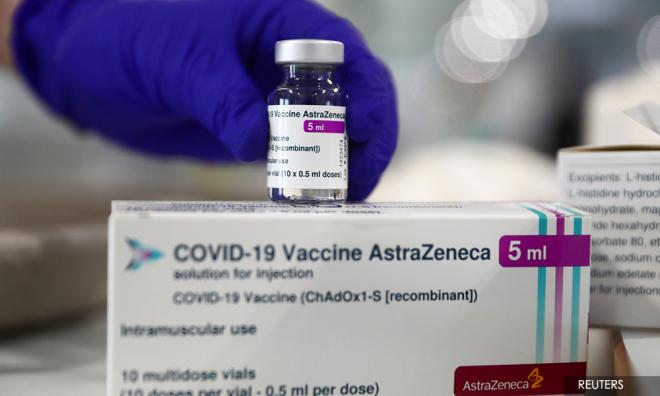 AstraZeneca vaccine to go to those who volunteer - KJ

COVID-19 | AstraZeneca vaccines against Covid-19 will only be used on a voluntary basis in Malaysia, according to Khairy Jamaluddin.

The science, technology and innovation minister told a presser today that the decision was made as certain quarters were worried about its possible side-effects regardless of data that shows it is safe.

"We have agreed that a proactive measure is to be taken, where the AstraZeneca vaccine can still be used, and at the same time address the concerns that some people have (over its use), although their fear is not based on science.

"So, today, we would like to announce that the AstraZeneca vaccine will not be administered via the normal vaccine dispensing centres (PPV). It would not be used in the mainstream immunisation programme.

"Special PPVs will be opened to administer the AstraZeneca vaccine, open for members of the public who want to take the vaccine voluntarily after looking at all the facts," Khairy (above) said during a joint press conference with Health Minister Adham Baba in Putrajaya today.

Adding further, the minister said registration for the AstraZeneca vaccine would be on a first come first served basis and will not follow the immunisation programme's normal pool of vaccine recipients.

The special PPVs would be opened in Kuala Lumpur and Selangor, with an aim to boost the country's vaccination rate.

Yesterday, Khairy was reported as saying that he and Adham would hold further discussion on the use of the AstraZeneca vaccine. This followed grouses by some who are worried about its side effects, following reports of blood clot cases among the vaccine recipients in several other countries.

Khairy reiterated the committee's stand that the benefits of inoculation using the AstraZeneca vaccine far outweighs the risks that it poses to recipients.

Elaborating further on their plan to administer the AstraZeneca jabs, Khairy told reporters that volunteers can set appointments through a channel that would be opened for them, before going to the designated PPVs where they would undergo a pre-vaccination screening.

During this screening, doctors would conduct checks on the volunteers and give them advice.

"The principle we apply here is an informed decision. Because today, we do not face concern over the Pfizer and Sinovac vaccines, but there is an issue with AstraZeneca. So we give to the public all the information from experts," said Khairy.

Although incidents of blood clots are extremely rare, he said recipients would be given a guideline on symptoms that they need to look for, in case there are side effects such as dizziness, blurry vision and headache, among others.

For those above 60 years old, he said volunteers from that age group would be given advice by doctors should they choose AstraZeneca, including the risks that they face.

Khairy said the first 268,600 doses of AstraZeneca vaccine that have arrived in the country would be administered to volunteers in Kuala Lumpur and Selangor, considering the high number of cases there.

The time interval between its first dose and the second would be 12 weeks as recommended by the World Health Organisation, and the committee believes this would enable them to give the first dose to more people.