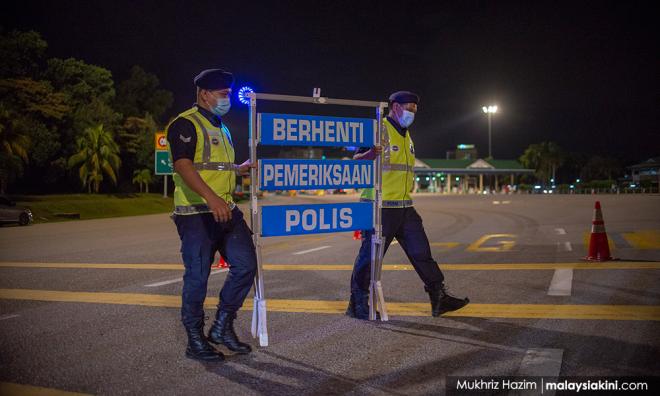 Just days before stepping down as the Inspector-General of Police (IGP), Abdul Hamid Bador appears to have vented his frustrations against ministers who he said called for roadblocks under the movement control order (MCO) to be reduced.

He said many Covid-19 clusters have appeared and cases have increased after the police loosened the roadblocks.

He remarked that there are many "ministers who are not smart".