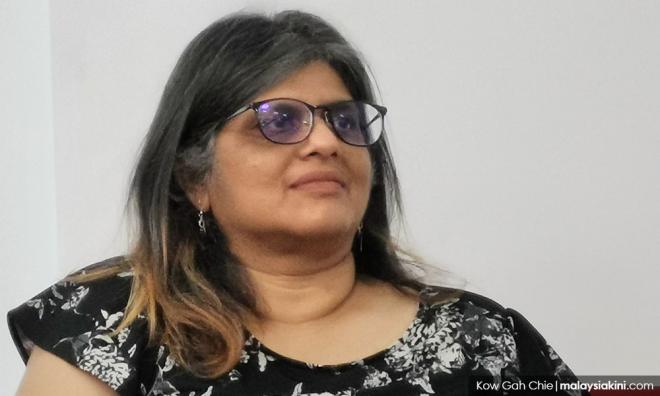 Early last year, media educator V Gayathry warned that even though the press was perceived to be freer under the then-Pakatan Harapan administration, this freedom was not sustainable.

At the time, she argued that the main structures supporting the status quo for the press were still in place.

After the Perikatan Nasional (PN) government replaced the Harapan administration in March 2020, a crackdown on the media began, including multiple investigations launched against media outlets and increased restrictions on some media organisations with regards to covering government events.

The 2021 World Press Freedom Index saw Malaysia falling by 18 spots to number 119, with Reporters Without Borders (RSF) noting that though Malaysia’s press freedom situation had improved dramatically after the 2018 elections, things have gone in reverse since Prime Minister Muhyiddin Yassin took over.

Speaking to Malaysiakini, Gayathry (above) said the issue remains, with the same structures still existing.

The University of Nottingham media and politics assistant professor said one of the issues is that there is no legal protection being codified for press members or for someone who plays the role of...