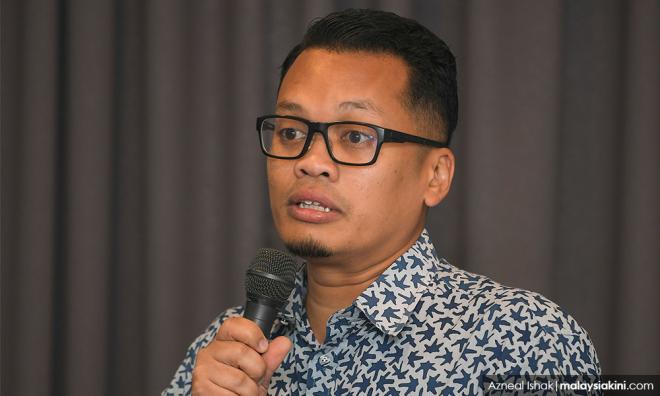 MP SPEAKS | Govt must be transparent on combat ship saga

MP SPEAKS | The Littoral Combat Ship (LCS) saga was one of several issues that was brought to the Parliamentary Select Committee on Defence and Home Affairs when I chaired it from December 2019 until December 2020.

We must remember that LCS is one the largest defence procurement for new equipment undertaken in Malaysia’s history.

The Special Investigation Committee on Public Governance, Procurement, and Finance (JKSTUPKK) had stated that the LCS was one of the vendor-driven procurements undertaken by the Defence Ministry, where the requests and needs of the contractor prevailed over that of the end-user, the Royal Malaysian Navy (TLDM).

TLDM initially agreed to use the Sigma design proposed by Damen Schelde Naval Shipbuilding from the Netherlands but was overruled by then Defence Minister Ahmad Zahid Hamidi at the requests of Boustead Naval Shipyard Sdn Bhd (BNS) without referring to TLDM in 2011.

BNS was pushing for the Gowind-class design by the Naval Group France (NGF). TLDM had also initially expressed its disappointment at the decision.

The first delivery of the six LCS was supposed to have taken place in April 2019. In fact, it was revealed in December 2020 that the first ship was only 59.79 percent complete despite some RM6 billion having been paid out.

Compare this with Egypt which ordered four Gowind-class ships two years later than Malaysia in 2013 and the first ship commissioned in 2017. Keel laying to delivery took only 36 months.

The current government has however decided that the project should be continued by its contractor, the Boustead Group via its BNS subsidiary. The majority shareholder for Boustead is Lembaga Tabung Angkatan Tentera (LTAT). Earlier, the government ruled out an option to appoint NGF as a “rescue contractor” to complete at least two of the LCS.

The cabinet has said that it will impose a number of conditions that the Boustead Group must obey. However, what those conditions are, how they will be enforced or will help the completion of the project (which was supposed to be finished by end-2023) has not been detailed.

For one thing, it was still allocated the project despite its alleged poor track record with previous projects such as the New Generational Patrol Vessel (NGPV), which was reportedly impacted by delivery delays and large unforeseen additional costs - the matter had been investigated by the 11th Parliament’s Public Accounts Committee in 2007.

The Parliamentary Select Committee on Defence and Home Affairs was also informed by JKSTUPKK that BNS had created written commitments with third-party suppliers regarding specifications and equipment for the LCS before the “surat setuju terima” (SST) had been issued by the government.

This in turn had an outsized influence on the design of the LCS that BNS recommended to the Defence Ministry, rather than the considerations and needs of TLDM as the final user as mentioned earlier.

Before we go any further, it should be established that the main priority in defence procurement must be getting the best equipment for our armed forces. By this logic, the needs of the armed forces should be paramount, rather than those of companies or other interests.

While it is true that the Navy eventually agreed to the specifications, it cannot be denied that the issue of LCS’ design sets a negative precedent.

The committee was also told that BNS had applied and received an advance of more than RM1 billion on the contract, which is more than the norms established by the Finance Ministry.

An exception however was made at the request of the Defence Ministry due to the supposed weak financial state of BNS even at that early stage. So the current problems faced by the LCS was not something inevitable if normal government financial procedures were followed.

The committee in fact heard from BNS’ management itself that almost RM396 million from the LCS project was used to pay off debts and interest that occurred from the NGPV project. Effectively, this was robbing Peter to pay Paul.

The committee was further informed that BNS had taken loans from financial institutions to manage the cash flow for the LCS project, but this resulted in the need to pay interest of up to RM571 million by February 2020, which had not been planned for while the contract was being negotiated.

BNS’ cash flow problems also resulted in the late or failed payment of a number of OEMs for the LCS project, leading to work stoppages or the cancellation of deliveries by the OEMs, hence contributing to the delays.

These are just a few of the many anomalies that were said to have plagued the project.

All of this suggests a failure on the part of the government at the time to undertake due diligence on the contractor, whether in terms of its technical or financial capacity to carry out the project.

The current Perikatan Nasional government is compounding these failures by continuing the project solely on the basis of the unknown “conditions” it has set the contractor.

I do not rule out the possibility that the company has been able to address its various real and perceived weaknesses in the interim.

However, public confidence and the national interest would be better served if, as noted, the government could be transparent and reveal what the conditions are, how they will be enforced, and how it will ensure the guarantee of the LCS deliveries by 2023.

It cannot simply cite the interests of jobs, vendors, and the LTAT to continue the project without outlining what safeguards it has put in place to ensure the contractor will finally be able to deliver.

It must not be forgotten that the cashflow problems also caused hardship to the OEMs (who are vendors, after all) and their workers. And the last thing the LTAT needs is to keep having to deal with the reputational issues the LCS issue has caused.

But more importantly, Malaysia, via its serving men and women, urgently needs better hardware like the LCS to defend its borders, especially the increasingly challenging maritime sector.

Without proper safeguards, transparency, and a commitment to the best practices, Malaysia will be stuck in an endless cycle.

We must cry over spilt milk. This government owes us much more information and far better performance than it has dished out so far.

NIK NAZMI NIK AHMAD is the Setiawangsa MP. He chaired a Parliamentary Select Committee on Defence and Home Affairs which looked into the acquisition of the LCS.