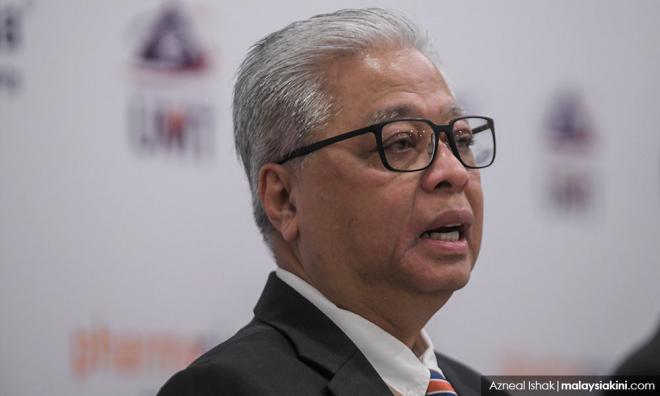 SOP violation: 'No one will be spared, not even my son' - Ismail Sabri

Defence Minister Ismail Sabri Yaakob today has assured that no one will be spared from action for violating rules under the movement control order (MCO).

Not even his son.

This came after a singing reality programme featuring numerous celebrity judges, including his son Dafi (Gaddafi Ismail Sabri), came under criticism for allegedly not adhering to standard operating procedures (SOPs).

"The National Security Council (NSC) is investigating. No one is above the law.

"Action will be taken against anyone who violates SOP, no matter who they are. Even if that person is my son," Ismail (above) told Malaysiakini...

SOP violation: 18 investigations opened including cases on celebrities, VIPs
24 May 2021
Lawyers call for harsher punishment for SOP violation by public figures
17 May 2021
SOP violation: Exco says he cooked and delivered satay to a weeping mum
16 May 2021
KL police chief denies violating SOP during interview
10 May 2021