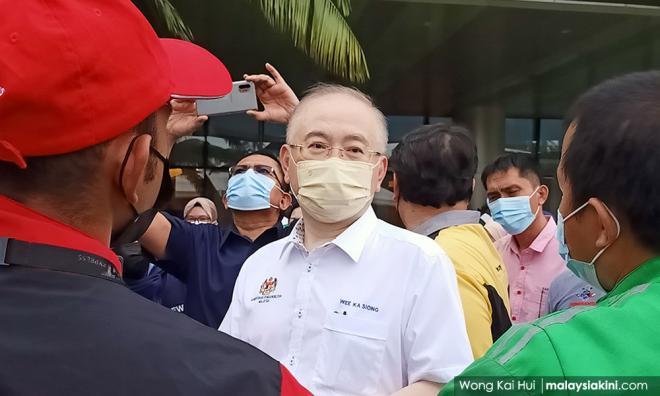 COMMENT | When will Transport Minister Wee Ka Siong resign? It took a major accident and several injuries before the flaws in Malaysia's LRT incident were exposed; but will we ever learn from our mistakes? I doubt it.

Wee's pathetic and vague press statement yesterday was confusing. He said that blame should not be apportioned to anyone. Then, with great irony he urged the public to have greater confidence in the LRT.

Why should any of us have any confidence in the LRT network, or any proposed high-speed rail links in the future?

Would he have been as minimalist in his explanation if there had been deaths in the LRT crash?

First. Wee said that the driver (of the empty train) and the controller at the Operation Control Centre (OCC) had "overlooked" and "missed critical procedures" when attempting to guide the empty train to a "re-entry" point near the Dang Wangi LRT station.

Make full LRT accident report public, urges ex-MOT officer
10 Jun 2021
Report on LRT collision to be presented to cabinet tomorrow - Wee
8 Jun 2021
Prasarana still trying to identify 83 victims, wants them to come forward
29 May 2021
‘Tajuddin fiasco exposes appointments rooted in racism, patronage’
28 May 2021
LRT mishap: Govt to ensure such incidents don't recur - PM
27 May 2021
COMMENT | Did you hear about the one where two cars kissed each other?
27 May 2021
YOURSAY | Appalling lack of empathy for LRT accident victims
26 May 2021
LRT crash: Probe still looking at other factors besides human error, says Wee
26 May 2021