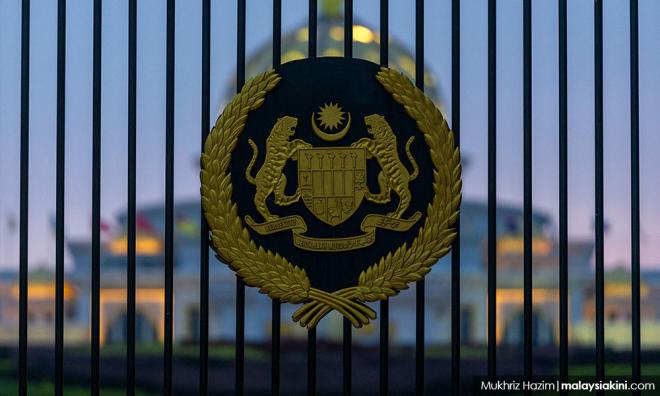 This is expected to be the last day for in-person meetings, with leaders from Sarawak's GPS to have their audience on Monday online instead.

Malaysiakini reports from the ground.

2.16pm: PBS president Maximus Ongkili arrives for his audience with the King.

The Minister in the Prime Minister's Department (Sabah and Sarawak Affairs) arrived in a black Vellfire.

Ongkili is expected to be the last political party leader to meet the Agong today.

PBS next in line

1.45pm: Sabah's PBS is expected to meet the Yang di-Pertuan Agong next after Umno and MIC.

However, it is not clear whether the party will be represented by its president Maximus Ongkili, or when their delegation will arrive.

PBS is a partner of Perikatan Nasional in both the federal and Sabah governments.

Last month, there was talk that PBS may defect in an effort to form a new Sabah state government with Warisan, but Ongkili dismissed this...