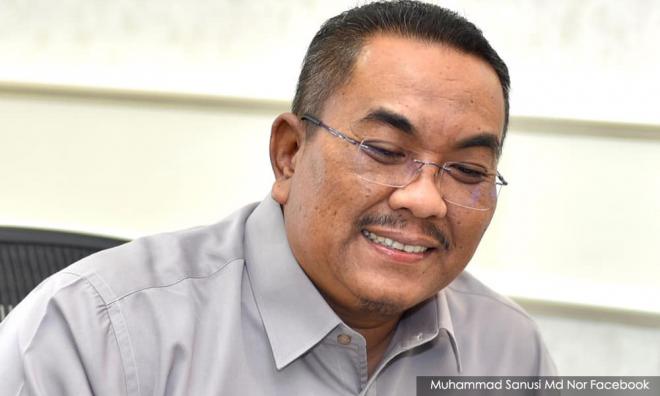 YOURSAY | Arrogance of those in power revealed in MB’s case

Vijay47: Were it just a simple, straightforward case of a politician breaking the law and being brought to task, we could have said the matter has been resolved, let us move on.

But the entire Muhammad Sanusi Md Nor episode reveals much of what is sick and rotten in the country. And let us hold on to the accolades for the police; they are as guilty as the rest of the establishment.

As this menteri besar flouted the SOPs (standard operating procedures), he revealed his arrogance, his conviction that laws were not for him to adhere to, and this haughty stand was only worsened by the repeated stories he spewed denying the allegation.

He also argued the whistleblower should have sought clarification from him. For what? Would that have altered the truth?

And the police? What “all men are equal” philosophy are they guided by? It took them one-and-a-half months to conclude that an offence was committed. If it was a regular rakyat, it would have been signed, sealed, and delivered the very next day. So spare me the praising, my lip is still curled in a sneer.

The prime minister, of course, had nothing to say, nor did other ruling party members. But poor Nini Siron (the whistleblower) was subject to all manner of abuse. For what sin? What crime? For revealing an illegal act? She and the outraged public are the real heroes.

Can Sanusi really be blamed? After all, such nonchalant breaking of the law comes with the turf his breed grazes at. Others do it countless times over thorny issues, some do it to enjoy croissants. C’est la vie!

Maya: Well done, Nini. In fact, you should be given the Panglima Gagah Berani medal for taking a video of a crime committed by a politician.

These are arrogant and recalcitrant leaders, even worse that they are from a religious party. They seem not to fear God. They are all about themselves. The people, the nation, and the laws are not their priority.

Where is the compassion, empathy, humility and gratefulness? Why are the authorities not going after those who abused, harassed and humiliated her?

How humble she is to congratulate the police on justice done. Shouldn't whistleblowers and their loved ones be protected?

When will all these uncouth behaviours stop? Where is leadership by example, the most basic principle of leadership? This is a true example of how power corrupts and results in tyranny.

Why is the prime minister, party leaders, home minister, etc, silent? This is the time when they should rise up to the occasion to make it very clear that breaching SOPs and the law is a serious crime.

This shows disrespect to the nation, what’s more coming from the very people who should be protecting us.

Poppy: If you really want to see how wealth and power changes a man from a Jekyll to a Hyde, this is a very good example. A fine, whatever the amount, is not important.

This proves the MB was guilty of his transgression. Especially after all the denials and harassment an innocent woman had to endure just for exposing his crime.

Not only him but also his followers who, like the MB, are supposed to set an example for the people to follow, really lowered themselves to the level of goons. They went on a vengeance spree, denying the family their source of income.

If they resort to such acts over a minor crime, what if their leader was caught committing a more severe crime? The family of the one who exposed it would have faced greater danger.

As far as the police are concerned, they have done nothing great. Instead, they have exposed the double standards practised by them when it comes to VIPs.

YellowGecko9040: As I said before, power is in the hands of the rakyat.

Since the government has been taken over in an undemocratic manner and is not representative of the people’s voices, the rakyat should take it upon themselves to catch all these politicians of either side and expose them for who they really are.

Social media is the rakyat’s tool/weapon against the outrageous double standards that is going on. The people are suffering, yet the leaders claim the help provided is more than enough with their so-called ‘full kitchen’.

Headhunter: Nini, I salute you. We all should show our commitment to a better Malaysia like her. It's shameful that the worst Malaysians are those "leaders" who are supposed to show better examples than us ordinary citizens.

We must not be cowed by them but treat them as public servants like they are paid to be.

ManOnTheStreet: Nini, as an ordinary rakyat, I stand in awe of you. You will, to me, be a symbol of right over wrong, light over darkness.

Not only have you exposed a politician who refused to admit his guilt, but with the subsequent onslaught upon you, exposed the hypocrisy of his party and die-hard followers who hide underneath religious clothing.

As far as I can recall, not one of his so-called "religious" party, came to your defence or aid, despite the cruel verbal abuse being poured upon you.

You have, by your actions, clearly exposed them well and good for what they truly are. I stand with you, puan!