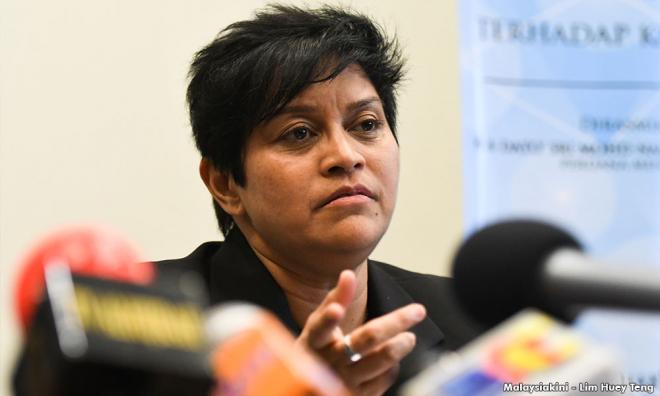 This was so he could take questions on emergency ordinances.

In a lengthy statement today, she opined that Idrus was duty-bound to do so due to his role as the Yang di-Pertuan Agong and the cabinet’s legal adviser.

“Ideally, the AG should also participate in the upcoming special sitting. The MPs have questions unanswered [...]

“Presently, the AG is not legally required to answer directly to Parliament. In lieu of that, who will justify the rationale of the ordinances...

No need to limit number of MPs in hall, all have been vaccinated - NGOs
20 Jul 2021
Dewan Rakyat agenda does not meet constitutional requirements - MP
20 Jul 2021
Ngeh: Speaker must explain why he is bending the rules
20 Jul 2021
YOURSAY | What can be achieved in five days of Parliament sitting?
20 Jul 2021
Parliament debates: Let PM and Takiyuddin deliver their promise, says Kit Siang
19 Jul 2021
Takiyuddin promises there will be debates in Parliament
18 Jul 2021
Don't go against Agong's decree, let Parliament function normally - Harapan
18 Jul 2021