Some 60 years on, Umno has yet to factor technological, social, economic, political and strategic fundamentals into party polemics as its just-concluded general assembly proved. 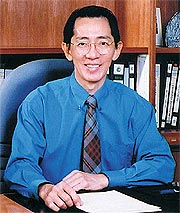 What has gone wrong? What are the root causes of racial politics in Malaysia? Are there any remedies?

Kua, a former member of Parliament (1990-95), was once detained under the Internal Security Act. He is now the principal of the Kajang-based Chinese-medium New Era College.

Malaysiakini: Despite many changes in social, economic and political fundamentals in the international and domestic situations since 1957, it seems that inter-ethnic relations in Malaysia have not changed very much for the better Some even argue that the situation has deteriorated. What is your assessment? Why?

Kua : At Independence, the "Alliance formula" was a racial formula in the first place. The elite in the respective racial parties operated as champions of their race while paying lip service to national unity.

May 13, 1969 was a coup d'etat by Malay state capitalists who imposed 'Malay dominance', a concept that was alien to the social contract at Independence. Fittingly, this new Malay-centric agenda from the New Economic Policy (NEP) to the National Cultural Policy was introduced during the state of emergency declared after May 13. Since then, May 13 has been raised as a fascist threat to deter any challenge to the interests of this Malay ruling class.

My forthcoming book, 'May 13: The Malaysian Riots of 1969' is based on declassified documents from the Public Records Office, London. I hope it will exorcise the spectre of May 13.

Non-Malay component parties in the Barisan Nasional (BN) coalition have been prepared to put up with this arrangement as long as they are given ceremonial posts as ministers and deputy ministers and their proxies are not deprived of contracts.

The latest Umno general assembly is no different - the same tragic farce played out for the umpteenth time. Why would they want to change the status quo when it is so convenient to monopolise wealth in the name of their 'race'? These are carpet baggers; they are not statesmen or stateswomen who care for the dignity of Malaysians and the future of our country. As a commentator put it, they are 'fiddling' while economic opportunities are quickly being taken up by others in the region.

As 1987 showed very clearly, when there is factional struggle in Umno over the spoils of the economic cake, they try to a fake an external enemy.

As (first premier) Tunku Abdul Rahman pointed out then: "For the PM (Dr Mahathir Mohamad) to repeat the story of the May 13 as a warning of what would have happened if the government had not taken appropriate action is like telling ghost stories to our children to prevent them from being naughty The tale should not be repeated because it shows us to be politically immature

"Umno was facing a break up... Dr Mahathir's hold on the party appeared critical when election rigging was alleged to have given him a narrow victory against Tengku Razaleigh (Hamzah). The case alleging irregularities brought by Umno members was pending in court.

"If the judgment went against him, he would have no choice but to step down. So he had to find a way out of his predicament. A national crisis had to be created to bring Umno together as a united force to fight a common enemy and the imaginary enemy in this case was the Chinese community."

Is it any different today?

At least there are now fewer and fewer children to whom these Umno carpet baggers can tell the same ghost stories. The children have grown up! We saw them grow up during the Reformasi movement of 1998.

Recently, we have seen former Umno stalwarts like Anwar Ibrahim and Khalid Ibrahim coming out openly to expose the NEP as a vehicle for the Malay ruling class. This is a fundamental change for former Umno leaders to say something that we have been saying since the policies were brought in the 1970s. We need such breakthroughs for ethnic relations to improve.

On the other hand, we saw non-Malay BN leaders sit through the Umno general assembly while they were ignominiously berated by lesser mortals. I wonder how they faced their children that day! Once Malaysian children grow up, there is hope. Educationists must not allow the carpet baggers and fascists and thieves from stunting the growth of our children.

Many people expect the more educated, internationally exposed and younger Umno leaders such as Hishammuddin Hussein and Khairy Jamaluddin to be more moderate and progressive in their outlook in terms of inter-ethnic relations but it seems that the expectation has been repeatedly frustrated in the past several years. Why?

It is in fact those who have delusions of grandeur are responsible for making this world a mess through their greed for power, wealth and sex. We are all victims of their shameless appeal to base primordial instincts - racism, prejudice and hatred.

Yes, many of our politicians have been educated in the West with plenty of international exposure. Did they imbibe the ideals of the enlightenment? Did they ponder ways to serve the poor masses, whose labour had probably paid for their jaunt at Oxbridge?

The problem with these guys is that when they come back to their country, the quickest way to power and a fast buck is to play the racist card, to use the ISA to lock up their political opponents and dissidents and hang the ideals of democracy and human rights they learnt in the West!

There is an observation that public discourses on inter-ethnic relations in the mainstream media of all languages are heavily influenced by the ideologies and politics of Umno, MCA and MIC. Do you agree? How can effective alternative alternatives be found as an antidote?

I have already answered some parts of the question above. How do we move forward?

First, we should ban mono-ethnic political parties because they have no place in a society that wants national integration.

Secondly, we need a Race Relations Act to outlaw racism, racial discrimination and incitement to racial hatred. A mono-ethnic political party, being 'race exclusive' would then not have a place in a non-racialist society.

Affirmative action has to be based on class, not on race. We can provide all manner of remedial aid to students but we must never compromise academic standards. In other words, merit and need must be considered.

The country has to face the truth - that ethnic relations can only improve when there is no racism and racial discrimination in our society. Trying to put the blame on Chinese and Tamil schools is a vain attempt at hiding this truth.

I am all for the different language schools having autonomy while sharing common facilities and compound to facilitate integration. But this is very different from the concept of 'Vision schools'.

In the process, we need courageous people like Anwar and Khalid to call for the removal of the NEP, and (film maker) Yasmin Ahmad who spoke her mind about the National Cultural Policy.

There is a school of thought that, behind the racial rhetoric and ideology, is the factor of class interests. In your opinion, how has the social class dimension impacted on inter-ethnic relations in Malaya/Malaysia?

Again I have touched on this in my answer to your first question. The British colonial power passed on political power to the alliance of Malay aristocracy, Chinese and Indian bourgeoisie . The Independence package was actually a let down for the progressive forces in Putera-PMCJA in that the British compromised on those basic democratic rights of Malaysians because they had decided to back the Umno demands. 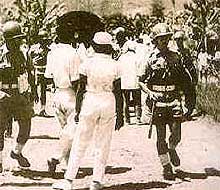 The Alliance arrangement was cobbled together with British colonial blessing and helping hand. But the contradictions of this racial formula came to a head in 1969 when the emergent state capitalists made their bid for power and succeeded.

This class came to power using the opportunist ideology of 'bumiputera-ism'. While they accumulated capital and power through the 1970s, their 'bumiputera; policies benefited also the Malay middle classes in the bureaucracy as well as others among the Malay masses.

From the privatisation policies of the 1980s, the state capitalists have become private capitalists who have got their wealth through the bumiputera policies. Is there any incentive for them to jettison such an easy and convenient method of accumulating wealth? The Approved Permits scandal is perhaps the best example of how the NEP encourages such a shameless rentier class.

Every Umno general assembly is a jamboree of bumiputera-ism, from your Oxford-educated investment banker to your small-town contractor who has managed to get a tender through his connections with the Umno division, issuing threats to all who would dare to question their privilege to such wealth.

Malaysia's inter-ethnic relations are complicated by the factor of religion which has also been politicised. What, in your opinion, are the best ways to de-link religion from ethnicity, and both ethnicity and religion from politics?

The question of ethnicity and religion as far as the Muslim community is concerned (their right to freedom of religion) is ultimately one in which the Muslims themselves have to sort out.

So-called 'liberal Muslims' have to fight for what they want and not constantly blame human rights groups for not standing up for them. Non-Muslims have to fight for an independent judiciary that can adjudicate on the constitutional position of civil courts vis--vis Syariah courts.

We should encourage inter-faith dialogue to promote tolerance and understanding. The fascist threat by mobs which violently disrupt democratic assemblies must be ostracised. In this effort, I sincerely hope that democratic forces in PAS, Abim and other Islamic organisations will not fall prey to such anti-democratic elements.