The following is the full statement given at a press conference called by embattled opposition leader’s lawyer R Sivarasa.

Statements being made by senior government officials raise concerns as to the credible dispensation of the law, and suggest that a political conspiracy is very much at play in smearing the credibility and reputation of our client. They are making statements imputing that Anwar Ibrahim is not cooperating with the police.

We are referring, as an example, to the comments made by Home Minister Syed Hamid Albar reported on the front page of the New Straits Times, page three of the Star and covered in other printed and electronic media. Syed Hamid should know better than to attempt to exert his influence on this matter. 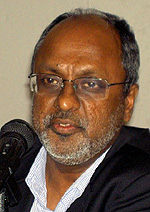 As a cabinet member, Syed Hamid’s comments are tantamount to interfering in an ongoing investigation. He is quoted as saying, “What is he afraid of? He can have his own doctor present when giving the sample.”

Besides being an inappropriate interference in the investigation, these comments show a fundamental misunderstanding of the concerns we are raising regarding the introduction of DNA evidence.

In 1998-1999 trials, Anwar experienced the phenomenon of fabrication of DNA evidence. We had SAC Rodwan illegally removing DNA samples from forensic custody. In cross-examination of the prosecution’s witnesses it was exposed that DNA taken from blood samples was planted on the infamous mattress.

When confronted with this fact the prosecution amended its charge and persuaded the judge, Augustine Paul (now Federal Court judge), to expunge the entire DNA evidence from the record, preventing Anwar Ibrahim’s lawyers from responding.

The persons who were implicated in the fabrication of evidence during Anwar’s 1998-1999 trials, namely (attorney-general) Gani Patail, (police chief) Musa Hassan, and Rodwan (Mohd Yusof) are the same players who are involved in the current case. Today they are in much more powerful positions within the law enforcement apparatus.

Anwar has even more reason to believe of the probability that DNA evidence will be fabricated once again. This is reasonable because the complainant remains in police custody since June 28, 2008 and the police are also in possession of Anwar’s DNA from the earlier case. Our client’s concerns are therefore not resolved, as Syed Hamid believes, by his handing over a DNA sample through his own doctor or through an international forensic expert. 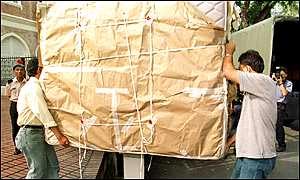 It would have to be independently verified first that all medical examinations and sample taking relating to the complainant were done professionally and without any interference from the police before Anwar will consider participating in any DNA analysis.

We also reiterate that there has yet to be any credible justification for resorting to DNA analyses when the police report made by the complainant remains shrouded in secrecy and no evidence substantiating the allegations are made available.

It is also false to imply that Anwar was not cooperating with the police. He agreed to meet with police at a prearranged date and time. He then gave a lengthy, five-hour statement, consented and voluntarily submitted to a strip search and measurements of his private parts, contrary to the unnamed sources cited in the New Straits Times today on page six.

We would also reiterate that he made that lengthy statement even though he could have exercised his rights within the law to have remained completely silent as the contents of the complainant’s police report were not made known to him.