Climate change has spurred governments to find ways to reduce carbon emissions. The world needs safe, clean and affordable renewable energy, which is the only energy source that can combat climate change and advance ecologically sustainable development.

The Johannesburg Plan of Implementation has called for energy that is "reliable, affordable, economically viable, socially acceptable and environmentally sound."

The public should be very concerned about news in the media that the government has plans to introduce nuclear energy for the generation of electricity, in its response to the challenges of climate change, volatile fossil fuel prices, and depleting local gas deposits.

Tenaga Nasional Berhad (TNB) is shortly expected to reveal its ambitions to commission its first nuclear power plant by year 2025. 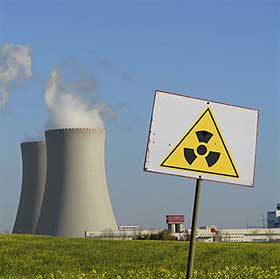 The government is right to be concerned about climate change and future energy security. We, the people, have similar concerns. We are also concerned about the absence of a national energy policy.

A strong case for nuclear generated electricity has not been made.

National electricity reserves are still substantial and nuclear energy is not cheap, clean or safe. The government has a duty and a responsibility to widely consult the people of Malaysia, before risking an enormous capital outlay necessary for such a project, a project that carries inherent dangers, which will expose the population to serious economic, health, environmental and security risks. The Precautionary Principle has been sidelined.

Any country contemplating the introduction of nuclear energy must honestly and carefully examine and address the following issues:

There is a lot of disinformation about the virtues of nuclear energy and its proponents need to answer serious questions:

Nuclear energy is not cheap. The early optimism and slogan, "Too cheap to meter," have faded away. The cost of nuclear generated electricity is rising and is likely to continue rising in the foreseeable future. In the 1970s, nuclear electricity cost half as much as electricity from burning coal. By 1990, it cost twice as much. 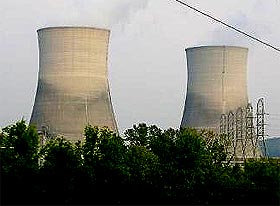 In the United States in the 1970s and 1980s, construction delays and massive cost overruns increased business risks and forced US utility companies to cancel more than 130 nuclear power plant orders. It was utility executives and Wall Street financiers who stopped the expansion of nuclear power, not environmentalists or the Three Mile Island nuclear accident.

Therefore, government subsidies would include underwriting the costs of nuclear fuel and the costs of constructing, operating, maintaining and decommissioning nuclear power plants, as well as guarantees that the output of electricity would be purchased at an agreed price.

Nuclear power plants are particularly risky for developing countries, which are often unable to afford delayed construction time frames and cost overruns. Malaysia would have to pay higher interest rates on their international loans, which would increase its dependence on foreign capital.

The true cost of any power source must include external costs, which too often do not appear on balance sheets. External costs of nuclear power would include the cost of environmental damage and the cost of compensation for a nuclear accident during routine operations, as well as long term costs associated with nuclear waste management and decommissioning.

There are few reliable sources of objective data on the costs of constructing and running new nuclear power plants. The nuclear industry is known for its creative methods of accounting and lack of transparency.

Real costs, such as accident insurance, maintenance of reactor security, radioactive waste disposal and decommissioning, are commonly buried in generous government subsidies or conjured into legacies of debt for future generations.

Claims by the industry that nuclear energy is cheap are often based on unverifiable bottom-line figures or ‘justified' by analyses with hidden assumptions that are highly favourable to nuclear power. For example:

As recent as May 29, 2009, two financial reports in the business section of the New York Times emblazoned the incredible economics of nuclear power by highlighting two financial fiascos - first, the construction of a new nuclear reactor in Olkiluoto, Finland, by the French company, Areva; second, the virtual collapse of the once highly touted global flagship, Atomic Energy of Canada Limited. Both companies were overtaken by billion-dollar cost overruns and decades-long delays in construction.

This bodes ill for a 50-year old industry, whether in France, Canada or South Korea, that it cannot secure private investment or liability insurance, cannot deal with its radioactive waste, and now cannot demonstrate the ability to build new reactors on time and within budget. In other words, financing nuclear energy is a bottomless pit.

A recent study in the United States, which focused on business risks and cost of new nuclear power stations, identified the following significant risks:

Economically, it would be far sounder and more advisable to invest Malaysia's limited resources in the research and development of renewable energy and energy efficiency technology.

These hazards include the following:

High-level nuclear reactor waste remains radioactive for thousands of years. After more than 50 years, the nuclear industry is still looking for a method of safely disposing of its radioactive waste. At present, the world's growing accumulation of nuclear waste continues to pile up in casks, alongside nuclear power plants in 31 countries. No country has yet been able to build a safe functioning long-term radioactive waste repository anywhere in the world.

This lethal waste will have to be managed safely for several hundred thousands of years. Plutonium has a half-life of 24,400 years (or 244 centuries or 24.4 millennia). This totally disqualifies nuclear energy as a safe and clean form of energy. If medieval man had

resorted to nuclear energy, we today would still be burdened with managing his nuclear waste. This is not a legacy we should be leaving future generations of Malaysians.

Finding satisfactory geologic repositories has proved to be an intractable problem. Very few countries have even identified possible sites. It is estimated that 2,000 new nuclear power plants will need to be built to replace coal-fired power stations. To dispose of nuclear waste from the 2,000 nuclear power stations, it would require establishing a new repository, the size of the Yucca Mountain site in Nevada, every two years in the foreseeable future. This would be an impossible undertaking.

The long-term management of high-level radioactive waste exists only in theory. Proponents of nuclear energy are blithely claiming that nuclear waste can be reprocessed or "recycled" into fresh fuel and that this will ensure a continuous supply of nuclear fuel and reduce the need for underground repositories. 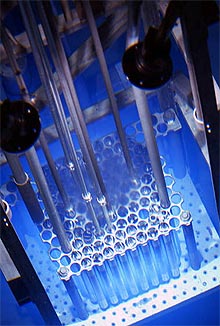 The use of the Integral Fast Reactor or fast breeder reactor, as a solution to the problem of nuclear waste, is at best a theoretical possibility. Its selling point is that it has the capacity to reprocess spent nuclear fuel and ‘breed' plutonium, using an onsite reprocessing plant. Proponents claim that all of the reactor's waste will be consumed onsite. This claim is false. It only applies to most of the long-lived transuranic elements, such as plutonium-239, but not to the major part of the nuclear waste, including medium-lived fission products, such as strontium-90 and cesium-137, which form the major part of the waste and will have to be managed for several centuries.

It would also take time for a breeder programme to make a significant contribution in energy terms. Despite its name, the breeding process is not ‘fast.' The word ‘fast' refers only to the speeds of the neutrons that cause the fission. In fact, it can take years to breed as much plutonium as is initially put into the reactor.

The so-called ‘doubling' time can be in excess of 20 or 30 years, especially when one takes into account the cooling, reprocessing and fabrication processes.

So, although fast breeders appear to be attractive and may make waste management theoretically possible and may extend the lifetime of uranium resources, there are a number of problems with such an option. Reprocessing increases the volume of radioactive waste and generates enormous heat, which is difficult to control and therefore prone to dangerous leaks and explosions. Fast breeders have proved to be problematic and have been shut down in the United States, Germany, Britain, France and Japan. They are therefore not available commercially and are unlikely to be so for at least two decades.

Murphy's Law dictates that nuclear reactors are not ‘fail-safe' - "If anything can possibly go wrong, it will go wrong." Because reactors contain highly radioactive nuclear material at high temperatures, they must be cooled continuously. A technical fault or an operational error may result in a core meltdown and a steam or chemical explosion, leading to the release of radioactive material into the atmosphere.

In 1986, a steam and hydrogen explosion at a nuclear power station at Chernobyl in Ukraine released large quantities of radioactive materials that permanently contaminated land, water and crops in much of Europe. Tens of thousands of people in Ukraine died from cancer years later.

In addition to Chernobyl, there have been other nuclear accidents:

Before risking a huge investment of several billions of dollars in a potentially dangerous and ruinous project, the Malaysian government has a duty and responsibility to hold an open national debate that is inclusive, rational, and therefore legitimate, not only about nuclear energy but also about a national energy policy.

Nuclear energy cannot be justified until all its dangers have been eliminated, particularly until there is a proven safe method of waste disposal.

Participatory democracy and deliberate public involvement in decision-making are not robust concepts or practices in our society. The government and TNB seem to have unilaterally decided that Malaysia will have a nuclear power plant by year 2025.

The prime minister recently talked about "engaging" with the people. This has not happened, certainly not with regard to nuclear energy.

It is not good enough to hold pre-determined seminars and meetings among pro-nuclear groups with vested interests, including some analysts, academics, industrialists, business people, or even the biased International Atomic Energy Agency (IAEA).

Neither is it good enough for the media to publish or broadcast brief, superficial views, even from opponents of nuclear energy.

Nuclear energy is a high stakes issue which must rise above partisan politics. It must not be turned into a money spinner for politically connected companies or a career builder for those connected with the nuclear industry.

Instead, it is about responding holistically to the challenges of climate change, ecologically unsustainable development, and wasteful living patterns.

It is about turning to renewable energy and energy efficiency technologies, and acknowledging the enormous burdens and risks of nuclear energy and the folly of promoting it as a solution to climate change. The energy path to a sustainable future lies in a different direction.

First, we must invest resources in research and development in green technology and harness the massive potential of renewable energy - solar, wind, wave, bio-energy, hydro power - and make them commercially viable and more affordable. Solar photovoltaic power is commercially available, but can be developed further to make it less expensive for urban and suburban use.

Third, we must reform economic development in the face of the failure of the current global market economy, redefine human well-being, and cast away mindless consumption.

Investing in nuclear energy will severely deplete resources for research and development in renewable energy and energy efficiency.

Nuclear energy will confer on future generations of Malaysians a lethal, radioactive legacy that will last for hundreds of thousands of years. It would be tantamount to radioactive poisoning on a grand scale in slow motion.

We owe it to future generations to ensure that this does not happen.

This paper was presented at a public forum on "Burning Questions about Malaysia's Nuclear Energy Policy" on Aug 18, 2009 at the KL and Selangor Chinese Assembly Hall.