LIKE Penang and Malacca, whose colonial legacy and influence are now being used to woo tourists, Sarawak too wants to showcase its historical treasures to tourists but in its very own way. 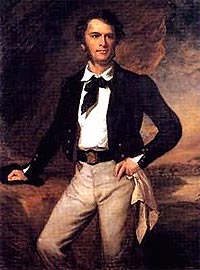 Sarawak's early history is unique as it was ruled not by a foreign empire but by a family, the Brooke family from 1841-1941.

When James Brooke arrived in 1839, Kuching then consisted of humble timber huts with nipah thatched roofs nestled along the Sarawak River, mostly along the present Main Bazaar.

During Brooke's reign, many notable heritage buildings and landmarks emerged, among them the Bishop's House, built in 1849, old State Mosque (1847), the Government House (1857), and the St Thomas Cathedral (1857).

The reign of the White Rajah effectively came to an end with the invasion of the Japanese forces on Christmas eve in 1941, yet it is arguably the Brooke legacy that gave Kuching its charm till today.

In recognising that Brooke's legacy has to be preserved for posterity and it has tourism potential, the Sarawak Heritage Society (SHS) was set up recently to conserve and capitalise on heritage assets.

For a start, SHS, a non-governmental organisation, is undertaking the Kuching Heritage Trails in collaboration with the Malaysian Architects Association chapter in Sarawak.

The heritage trail is not only a tourism product but also to promote understanding, appreciation and conservation of Sarawak's rich history.

"With the new Kuching Heritage Trails, we should be able to make headway in tapping into the potentials of built heritage and exploit it for tourism purposes while portraying our own state's unique history," Sarawak Urban Development and Tourism Minister Wong Soon Koh said at the launching in Kuching.

A trail of legacy

SHS president Aloysius Dris explained that the trail, dubbed as the "Brooke Legacy Self Guided Tours" featuring buildings that best capture the charm of the Brooke era, is within walking distance in the historic precinct of the old part of Kuching city. 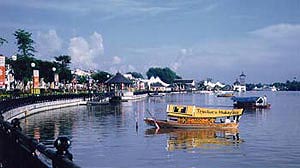 The trail consists of two routes, route one covers the eastern part of the old Kuching Town while route two covers the western part.

It provides leisure exploration between one and three hours, split into various tourism interests - food, spices and historical buildings - and properly trained Heritage guides can be engaged to conduct tours.

Dris said route one of the trail starts at the Old Kuching Court House, the first Brooke era administrative building that housed all the government functions under one roof.

Now redesignated as the Sarawak Tourism Complex, its construction started in 1868 and the harmonious integration of simplified classical elements adapted to local conditions with long narrow blocks and deep verandahs, makes it a fine example of the architecture of a bygone era.

The route then takes the visitors to the six-metre high granite obelisk facing the Kuching Waterfront, commissioned in 1924 to honour the second Rajah, Charles Brooke, for his services and dedication to the state.

At each corner is a bronze panel with figures representing Chinese, Iban, Malay and Kayan communities, representing the ethnic diversity in Sarawak.

A reminder of WWII

The Japanese Building, the only purpose-built administrative building by the Japanese Occupational Force in Sarawak during the World War II (WWII) is also situated along the route. 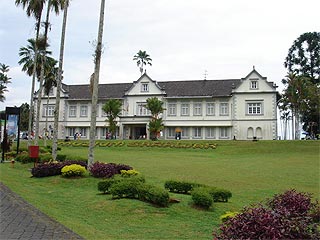 Dris said the prisoners of war (POWs) were used to construct the building, which blocked the link between India Street and Carpenter Street.

Another building on the route is the Pavillion built in 1909 used as a propaganda headquarters by the Japanese but after the war it was occupied by the Education Department until 1970s and then used by the Judiciary Department.

Listed as a historical building, it is under conservation and currently used by the Museum Department as their Textile Museum.

Round Tower an enigma

After the great fire of 1884, which destroyed much of the buildings between Carpenter Street and Main Bazaar, the Round Tower was the first public building built and completed two years later in the area.

Although it initially operated as the town dispensary, it is commonly believed that it is originally intended as a sentry post and, possibly, also as a defence outpost for the Brooke administrators due to its strategic location by the Sarawak River bank.

The route also goes across the Sarawak River, which can be crossed by a short ride using the tambang (boat), to the Astana which is the present-day official residence of the Sarawak Governor Tun Abang Muhammad Salahuddin Abang Barieng.

Completed in 1870 as the private residence of the Second Rajah Charles Brooke, it was built as a bridal gift for his beloved wife Ranee Margaret. The Brookes occupied it until Sir Charles Vyner Brooke left Sarawak after the Japanese invasion.

Kuching Heritage Trails is bound to leave visitors spellbound with the charm of the old city and present them with the White Rajah's legacy. - ( Reproduced with permission from Bernama)