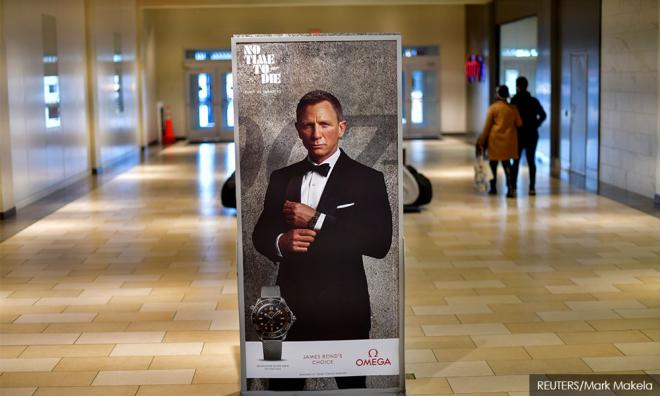 The global release of the James Bond movie No Time to Die was postponed to October from April, its producers said on Thursday, another setback for movie theatres trying to rebuild a business crushed by the coronavirus pandemic.

The movie's new debut date is Oct 8, according to an announcement on the James Bond website and Twitter feed.

No Time to Die, from MGM and Comcast Corp's Universal Pictures, had originally been set to hit the big screen in April 2020 before moving to November 2020 and then April 2021.