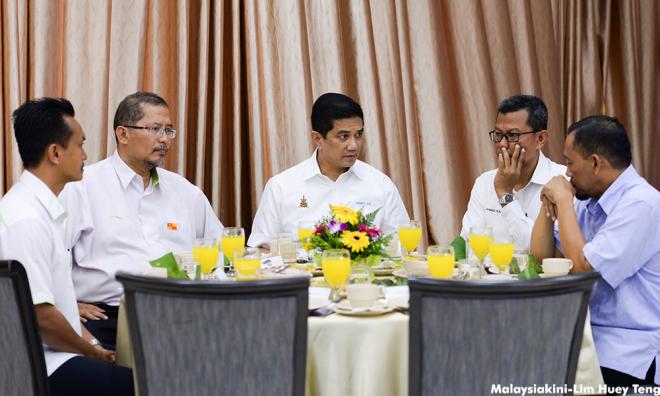 The damnation game of PKR and PAS

“As with many tragedies, our story opens in a moment of triumph.”
― Dan Jones, ‘The Wars of the Roses: The Fall of the Plantagenets and the Rise of the Tudors’

COMMENT | Does anyone else get the impression that PKR lawmaker William Leong is the only one doing something while everyone else fiddles while Selangor burns? Leong is right when he says that the party, and by extension Pakatan Harapan, should be preparing to meet PAS in three-cornered fights for the upcoming battle in Selangor, and PKR should stop dealing with PAS.

Mind you, some would argue that throwing in the towel is not doing anything productive, but I think that sometimes not playing the game is better than making excuses for losing the game even though you knew you were playing a rigged game.

I already made my stand clear that attempts at seat negotiation with PAS is an exercise in futility but more importantly, the worst kind of political expediency – “I would argue the possibility of losing state power is better in the end than continuing dealing with a supposed ally that has Umno strings attached to it. Furthermore, if PAS loses relevance to Umno, then another piece on the chessboard is removed and the opposition front can function more cohesively instead of dealing with an ally whose every move seems to be synchronised with Putrajaya.”

This latest exposé about PAS president Abdul Hadi Awang working with the grand Umno poohbah merely confirms what political insiders have been leaking for months. PAS is holding a weak PKR by the cojones, and anyone making the argument that PAS has any part to play in the opposition should have his or her head examined.

Of course – and I will never tire of saying this – this idea that PAS is solely to blame for this fiasco is mendacious. There is really no point revisiting the ‘PAS for All’ debacle, but it is important to note that religious extremism in Selangor, and indeed Harapan, was let in through the front door by the basest of political instincts.

Hadi’s revisionism of the Memali incident is demonstrative of how this regime is pushing its luck when it comes to Islamic extremism in this country. I would argue that what Hadi and Umno are doing with the Memali incident is like what US President Donald Trump did with the Charlottesville tragedy, that is normalising extremism for their political and religious bases...