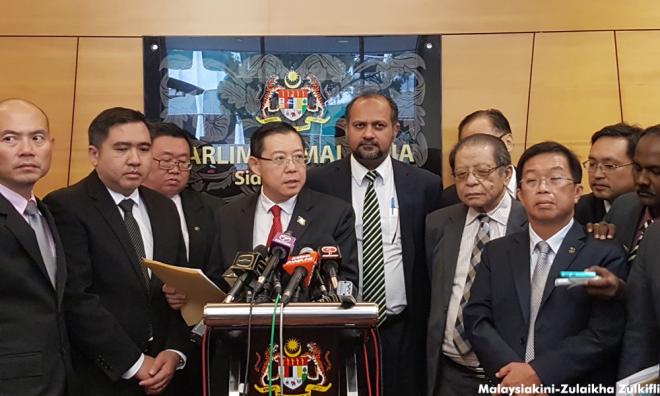 DAP should stop using Islam as a political tool

COMMENT | DAP has made two announcements recently which probably signals the collapse of the progressive movement here in Malaysia. The first is DAP’s decision to contest in Sungai Siput which may remove PSM from mainstream politics.

While DAP’s decision to contest in Sungai Siput is not unexpected – PSM did set themselves against DAP with their resolve to break out from their ghetto – the reality is that DAP has always been hostile to PSM, with their online supporters hurling the most racist and ignorant statements against the socialist party and their grassroots-level activism.

While DAP has had no problem embracing the party and the man who for years they claimed brought this country to ruin, and have had no problem introducing an Islamic sect to mainstream politics and then embracing the splinter group of said sect causing overt divisions in political Islam here in Malaysia, they have never accepted PSM for a variety of justifications, none of which stands up to any scrutiny.

I sincerely hope that PSM is successful in its endeavours and hopefully the long view strategy they embrace and grassroots-level work they do will change Malaysia (eventually) unlike the failing strategy of the mainstream opposition. Talking about failing strategy, DAP’s strategy to support “Islamisation” based on the constitution is the most cynical exploitation of religion I have witnessed in some time.

I have often pointed to the “true Muslim” meme that oppositional types babble on about as one of the major hypocrisies of the alternative coalition. The true Muslim meme is those Muslims who conform to the secular agenda of the opposition – read the DAP – which means they are the gentler face of Islam and thus acceptable to mainstream urban politics.

I have argued that the opposition – again let face facts, the DAP with all its problems should be on the front line in the defence of secularism – should not engage in the dialectic of Muslims with the exception of promoting secularism as a means of governing. Furthermore, if there is to be engagement, secularism should be the counter narrative to all religious dogma that are flash points in this country.

Instead, what DAP’s Lim Kit Siang has done is continue the Islamic state narratives in this country by embracing the concept that “Islamisation” has a place in the Malaysian experience when there is enough empirical evidence that the Islamisation process has been a detriment to this country and its citizens.

How exactly does “Islamisation based on the constitution” that DAP supports different from what Umno has been doing? I figure that with partisans who are hooked on the true Muslim meme, this would mean those so-called “Islamic” values which are acceptable to them.

As I have said numerous times, those are not true religious values; those are true humanist secular values, and it does nobody any good to place religion in a position of power and hope that the majority of its adherents believe in what you – a non-believer – believes in.

Why hasn’t DAP learnt from the mistakes it made with PAS...