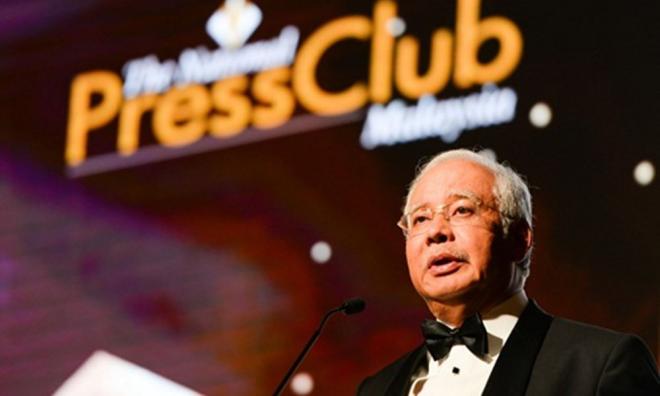 Open letter to the prime minister

You were born into a blue-blooded family and had your early education at the St John’s Institution in Kuala Lumpur and then went to Mavern College in Worcestershire before obtaining a degree in industrial economics from the Nottingham University at the age of 21.

I was born to an estate conductor and a homemaker and went to the Simpang Lima English Primary School in Klang before completing my secondary education at the Klang High School. Thirty years later, I went to the Anglia Ruskin University in Essex where I obtained my law degree at the age of 46.

Both of us will agree that British education is the best where the emphasis is on student-centred learning. However, despite being products of good British universities, we will certainly have to disagree on our interpretations certain English words and phrases.

This not meant to be a debate on who’s more knowledgeable on the English language, but let us agree on the terminology in the Universal Declaration of Human Rights. It describes “freedom of expression” as the right of every individual to hold opinions without interference and to seek, receive and impart information and ideas through any media and regardless of frontiers.

Having read your essay titled ‘Democracy and free speech are alive’, I cannot agree with you, at least where free speech is concerned. Don’t get me wrong. As you have espoused directly, my freedom to express my views “are still thriving” and hence I am exercising my right to disagree with you.

Sir, I am sure you have come across Zunar’s cartoons and if not, you must have heard of him. He uses his creative skills – his brains and his hands – to express himself. He has a huge following and his works have been exhibited internationally. Yet, he has been harassed and faces 11 charges under the Sedition Act.

I was in Penang late last year when Zunar’s exhibition was attacked by a group of people who damaged his artwork. Yet it was Zunar who was arrested for alleged sedition.

What freedom of expression is there when lampooning and writing satire becomes a crime? Many cartoonists, including Lat, had previously drawn caricatures of your predecessors, who had a good laugh at themselves. But I am afraid to note that, unlike your predecessors, you are unable to see the funny side of things.

Sir, you said: “We increased media freedom by scrapping restrictions on newspaper publishing licences.” True, but let’s not forget that the government suspended the licence of The Edge Weekly and the Edge Financial Daily for three months. Why was this done?

But what which article or articles? Both publications have been subsequently vindicated by the publication of various facts and figures provided by law enforcement authorities in Singapore, the United States and Switzerland.

Over a two-year period, both the periodicals published over 200 articles and yet, the ministry could not specify which of these were offensive. With a stroke of a pen, you deemed all of them as prejudicial. The saving grace is that the courts found that the suspension was illegal and now, the government will have to pay costs and damages.

Sir, why was there a need to block news portal The Malaysian Insider? The Malaysian Communications and Multimedia Commission (MCMC) said it had acted on complaints and information from the public, barring the site under Section 233 of the Communications and Multimedia Act 1998. Section 233 covers “improper use of network facilities or network service”.

Were they charged? No! You have also chosen to prosecute two directors of Malaysiakini for airing a video clip of a press conference which was critical of the attorney-general. The media, using your reasoning, enjoy freedom of expression including the freedom to report what was said by a third party. If that party claims to have been defamed, there are civil remedies. Indirectly, is it being suggested that all recordings of such conference be subjected to censorship before they are uploaded for public viewing?

No charges have been preferred against them and it is a widely-held belief among practitioners that the arrests were a subtle reminder of the risks of reporting the truth.

The signs of attempts by the state to muzzle whatever semblance remaining of freedom were ominous indeed. In late 2013, Home Minister Ahmad Zahid Hamidi launched a tirade against Malaysiakini for allegedly “spinning” his words and confronted journalist Lawrence Yong after a press conference.

What was his crime? Asking the minister a legitimate question arising from the auditor-general's report. Yong had attempted to ask Zahid about the RM1.3 million worth of weapons and other equipment lost by the police force. The auditor-general’s report stated that handcuffs topped the list of missing items at 156, followed by 44 weapons and 29 police vehicles...