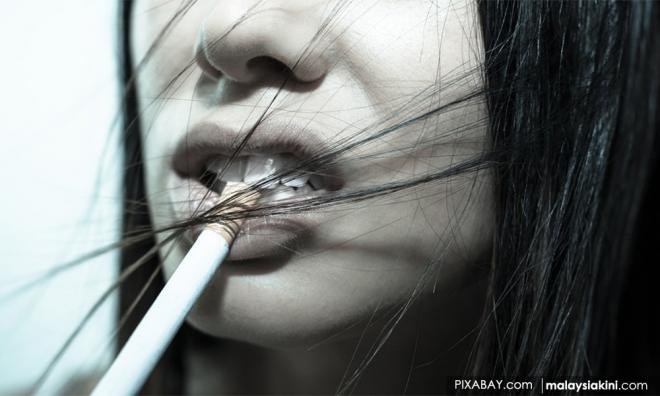 Smoking is bad whether it’s done by men or women

COMMENT | I read with interest an article written by Maryam Lee, a fellow Malaysiakini columnist and colleague (we are currently working on a transmedia project together), titled ‘Women and smoking in the digital era’.

She makes an argument of how women who smoke are seen as impolite because it is taboo. Apparently, smoking is seen as a ‘macho’ activity and when women are seen doing macho things, the best way to describe it is the Malay proverb “tidak sopan dan tidak manis”.

Lee goes on to question that although women smokers are now a normal phenomenon, “why are women so disproportionately berated and chastised for the same act that is considered normal for men?”

She also conveys her observations that women who smoke are often feminists “whose worldview informs them that the social taboo against women smoking is unwarranted”, as if the reason they smoke is to make a statement.

As much as I agree with Lee that it is wrong for society to project a negative perception of women whenever they do things that are seen as masculine, the fact that she chose the act of smoking to illustrate this point makes me cringe.

This can be attributed to the fact that in first world countries, the awareness and realisation that smoking is something that kills has created such a negative perception that it is no longer seen as something liberating and sophisticated.

Let me explain further. In the 1960s and 1970s, many European women who were feminists chose to smoke as a sign of protest, liberation and sophistication. It was an activity that was indulged in by intellectuals and thinkers.

But fast forward to approximately 60 years later, these same intellectuals and thinkers have realised that the act of smoking is bad for health. So bad that it can actually be directly related to cancer and death. And they have stopped doing it.

These societies are already educated enough that the perception of smoking being sophisticated is no longer valid. It is now an activity that is seen as dirty, unhealthy and definitely disgusting. But no, not in the third world...