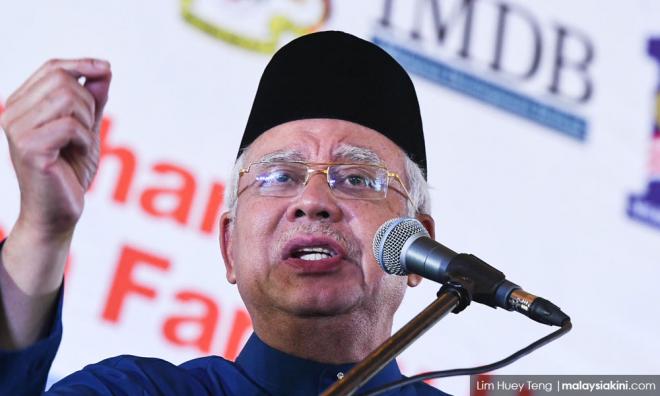 If the opposition is lying about 1MDB, sue them

COMMENT | The Economist article about the “thief” Najib Abdul Razak was not exactly accurate. To the best of my recollection, the US Department of Justice (DOJ) has not named the current Malaysian prime minister as the “MO1”.

If the DOJ had named the current Malaysian prime minister as “MO1”, we would have heard about it. In fact, it would be manna from heaven for an opposition dealing with the bureaucratic nightmare which is the Malaysian electoral system and pushing a former prime minister who they had demonised as a kleptocrat back in the day, as a suitable agent of change.

The so-called rebuttal by the Malaysian high commissioner to the UK, Ahmad Rasidi Hazizi, was a competent attempt at spin which, of course, had that most odious of talking points – “arrogant colonial mindset” – a deal breaker for me, especially when it crops up in the beginning of a piece, but I persevered and fell asleep at the end of the article, which was convenient.

The 1MDB issue - while complicated - also exposes the dubious; I would say larcenous underpinnings of international geopolitics. This is understood or it should be. If Najib is a thief, then he is in good company.

When the article first came out, the usual antics of the opposition were on full display. Opposition personalities were tripping over themselves asking the prime minister to sue and what not. Maximum mileage for an issue that is worryingly unable to gain traction where it is needed most.

However, where the high commissioner's spin derails is in the last paragraph of his response: “Your reporting appears to have been based exclusively on falsehoods pushed by opposition parties and their sympathisers for political gain ahead of the coming election.”

More importantly, why hasn’t Najib sworn in a mosque as he did when he swore “that he did not know or had any connection with Mongolian woman Altantuya Shaarribuu who was murdered in 2006 in Puncak Alam, Selangor”?

Please keep in mind that the prime minister did not actually swear on a Quran so it was not really “official” but still it was a gesture. And as Umno blogger Shahbudin Husin pointed out a couple of years ago, why didn't the PM do the same with the 1MDB issue back in 2015?

And Shahbudin is right. If Najib can swear in a mosque that he did not have anything to do with the Altantuya murder, why not swear in a mosque (on the Quran this time) that the 1MDB issues are lies by the opposition?

Why not invite Muslim opposition leaders to do the same – swear that Najib is a thief and let God decide who is right or wrong...