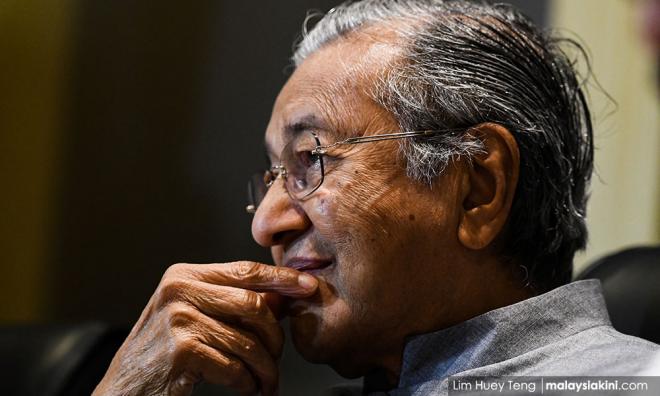 ‘Malaysia’, one dream at a time

“The second effort was spreading the word among the people, first, in a bid to raise their morale, and second to instil in them a sense of animosity towards the enemy, coupled with a spirit of resistance... this required us to use the language of indoctrination rather than realpolitik. People then were not in need of political analysis, they were in need of being incited and goaded.”

COMMENT | With the above quote in mind, thank you academic Manjit Bhatia for your timely piece, ‘‘Malaysia’ dreams the impossible dream’. Writing about former prime minister Dr Mahathir Mohamad at this time is problematic to say the least.

A couple of years before Mahathir joined the opposition, he was mocked and vilified by the very people who now claim that he is needed to save Malaysia. Most people view the current Pakatan Harapan prime minister-in-waiting through ahistorical lenses, or are crypto-Mahathiristas as articulated by former parliamentarian Kua Kia Soong, or fascists who would silence any dissent on this issue.

Manjit’s bone of contention – and rightly so – is that Mahathir is the captain of the Harapan coalition. This, of course, is an important point. Not for Harapan supporters who wish by any means necessary to oust the current Umno grand poobah but for opposition supporters who would “undi rosak” or just sit out of this election.

Confronting this issue is needed, especially if the Harapan political operatives I have spoken to are confident of winning this election despite the electoral malfeasance and the full power of the Umno state against them. People need to vote, but more importantly, people need to be convinced that Harapan will not slip back into the Mahathir era that he (Mahathir) finds difficult to reconcile with.

I think a point everyone misses when they talk about Mahathir is that the vast majority of the voting public for decades voted for him and his gaggle of cronies. This means for all his faults – well documented by Manjit – people were choosing him over the opposition. So it is not really a choice between Najib and Mahathir on any ideological level but rather a single issue (for the opposition) election.

Would an apology from Mahathir help? No doubt, it would be good optics but here’s the thing though. The opposition which now includes the former prime minister also include people who genuinely revere him as some sort of messiah.

So not only is the opposition coalesced around a former Umno strongman, it includes in their voter base people who actually believe that the Mahathir era was some sort of halcyon period, where everything was as it should be when it comes to the "social contract" that passes as “muhibbah”. The more he talks or defends his record or makes noises of half-hearted contrition, the more it reminds people of an era where the opposition stood for principles instead of the strategic choices it is making now.

As Haris Ibrahim in his open letter to Dr M said, maybe he should just zip it. What disturbs me, is not the sight of the old maverick revising history, but rather the sycophantic approval of supporters who justify his revisions. Supporting the opposition does not mean publicly fellating them....