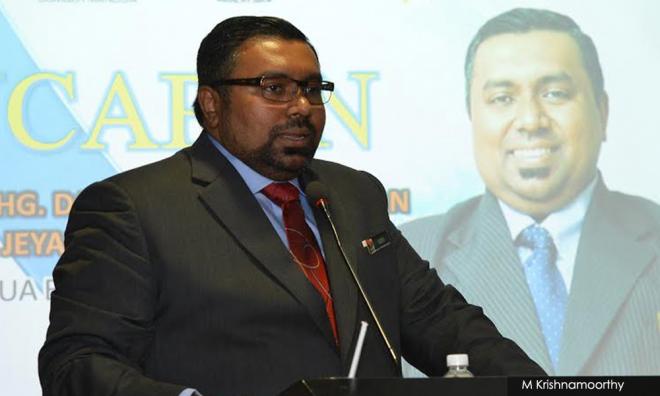 Trouble at the top in HRDF over dubious training claims

COMMENT | If you can’t stand the heat, get out of the kitchen. This is precisely what the head honcho of a government agency has decided to do.

After enduring two hours of torment and criticism at a town hall meeting of the Human Resource Development Fund (HRDF) on Thurday, CEO CM Vigneswaran has offered to resign.

According to industry sources, CEO CM Vigneswaran is seeking a “dignified” exit with a compensation package under the HRDF’s mutual separation scheme.

Among others, he was accused of favouritism in the appointment of training providers. It was claimed that the sharks got millions of ringgit, while the majority of ikan bilis were left with crumbs.

One speaker after another heaped condemnation of malpractices which touched on illegalities in the agency. They were made in the presence of Human Resources Minister M Kulasegaran and the ministry’s secretary-general, Mohd Gazali Abas.

An embarrassed Vigneswaran could only hide the displeasure and discontent with smattering answers with a wry smile on his face.

Meanwhile, the head of K-Pintar Sdn Bhd, RA Thiagaraja resigned from the HRDF board on Friday morning – before he could be removed as promised by the minister. There were complaints that his appointment was a conflict of interest because he was also a training provider...