QUESTION TIME | Another shocking accusation has been hurled against the previous BN government by Finance Minister Lim Guan Eng in Parliament on Aug 8, alleging the government robbed from GST refunds, not long after he accused it of having run the national debt up to over RM1 trillion instead of the officially announced RM687 billion.

"I want to say here, it was not robbing GST, but robbing from GST refunds," Lim thundered in the Dewan Rakyat when winding up debate on the Sales Tax Bill 2018 on Aug 8.

"This is a serious robbery where money which was supposed to be in trust funds was not in those funds. How can the government now pay those refunds when the money is not there?"

A day later, he gave his figures in Parliament for this - GST refunds amounted to RM19.4 billion but there was only some RM1.486 billion in the accounts, indicating some RM18 billion was missing from the trust account.

Yesterday in Parliament, he clarified that his ministry had made a mistake with the figures on the shortfall in the trust account and that the shortfall was actually higher than previously disclosed, amounting to RM19.248 billion instead of RM17.911 billion.

Lim said the mistake was due to a decimal error made by an official of his ministry.

But was Lim lying when he said it was a robbery, as he did with the earlier accusation of a debt of over RM1 trillion? And if so why?

One needs to look at what are GST refunds first. The GST is an incremental tax, the tax is paid only on the value-added in the production process. This is done when the sale is made or soon after.

Those who pay the 6%, then claim a refund on the inputs on which GST has already been paid. This takes some time to process and to establish before the refunds are made. Sometimes there are disputes.

A day after Lim said RM18 billion was missing, Customs director-general T Subromaniam (photo) said from April 2015 (when GST was imposed) until the end of May 2018, the amount of refunds claimed totalled RM82.9 billion but of that amount, only RM63.5 billion was paid out during that same period. 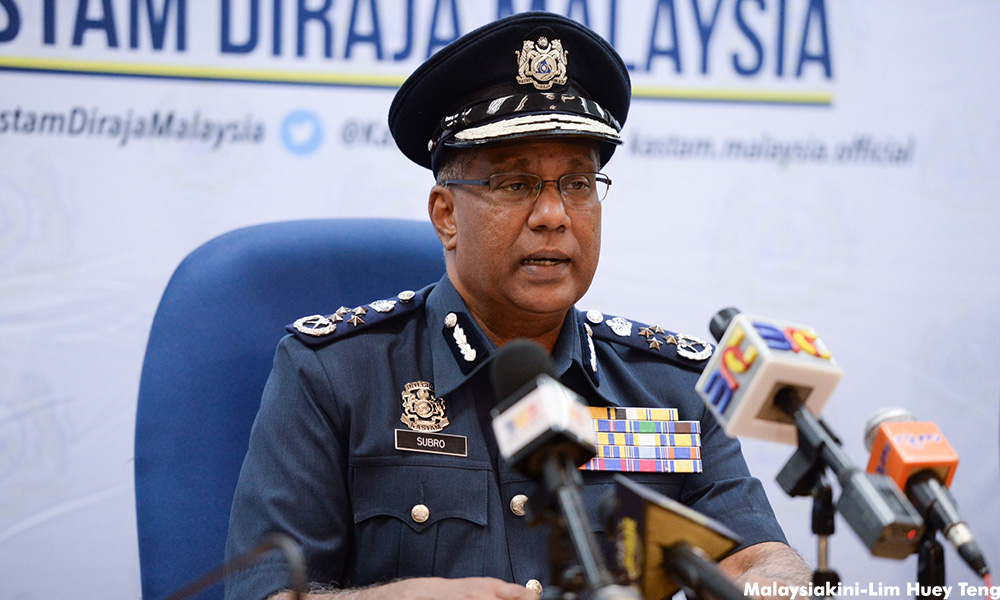 "The Customs Department had requested RM82.9 billion from the (government's) monthly trust fund for the purpose of GST refunds from April 1, 2015, to May 31 2018, but the full amount was not transferred (from the government's consolidated accounts) to the trust fund.

"As such, as of May 31, 2018, the trust fund still needs and is experiencing shortages to pay back RM19.4 billion in GST refund arrears," Subromaniam said in a statement, adding that the monthly trust fund meeting was chaired by the secretary-general of the Treasury.

From this, two things are clear - first, the government has made payments of RM62.5 billion from April 1, 2015, when GST was imposed on May 31, 2018, out of the RM82 billion in refunds claimed, that is over three quarters of the claims have been paid over the three years and one month that the GST has been in force.