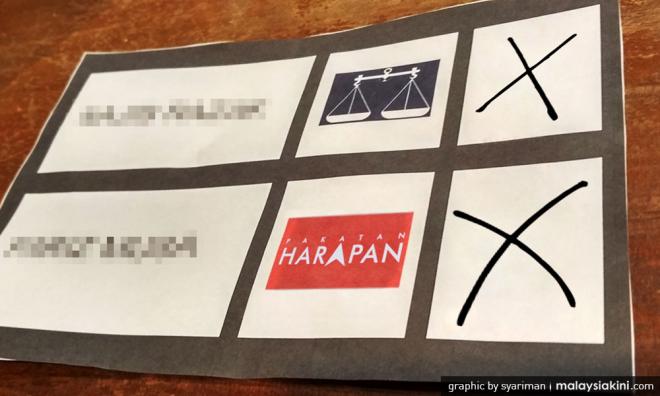 Making sense of GE14 from a dissenter's POV

COMMENT | Writing a long article on GE14 and #undirosak, I have to revisit all the abuse directed at me since the fateful forum of Jan 25. I do not deny that the abuse was directed towards all those who supported and advocated for #undirosak, but I cannot stress enough the severity of the targeted abuse towards me personally as "the face/poster girl of #undirosak" (I never claimed to be such).

This is not me looking for a pity party, this is me analysing what happened to the single most hated group of dissenters in the lead up to GE14. If me talking about my abuse is me being self-centric, then tell me who else is going to tell this (side of the) story?

Because part of what happened was how much the abuse I endured was (and still is) downplayed as nothing significant, as something trivial though the directed and targeted abuse at myself for #undirosak received thousands of re-tweets, shares and mob-like support for months.

You may not agree with my opinion on why #undirosak is a valid form of protest, but to keep silent (and silencing me) on the online violence shows how deeply entrenched our confirmation bias is. It also blinds us from looking at #undirosak as people who challenged the system, as dissenters against the establishment - heck, dissenters against the (then) opposition establishment.

It keeps people from seeing how the online violence I endured was actually systematic and structural (cyber) bullying. Ignore your personal disgust/hatred/annoyance towards me, someone named Maryam Lee, for a second and see this incident from a systemic point of view and you will see the invisible structures of misogyny and authoritarianism well-hidden as "defence of our democratic right to vote" at a time when the right to vote was never actually threatened.

Upon reflection on the issue for months, I have come to realise that I have looked at this whole thing the wrong way. While I did have bits and pieces figured out, it was never as wholesome as how a good friend of mine just put it for me a few days ago....