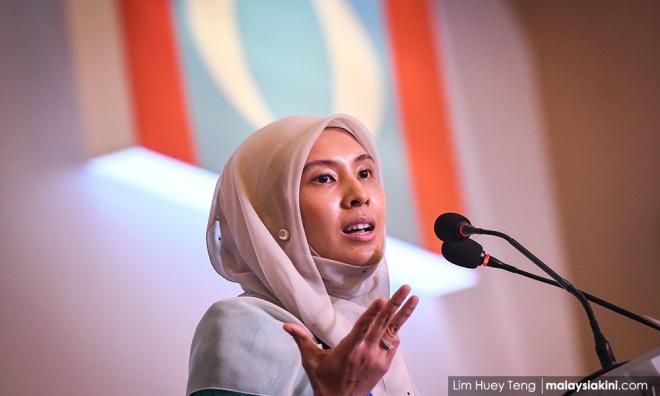 Nurul Izzah was forced to make too many concessions

COMMENT | I was the first person in my family to attend a ceramah. In May 2013, I asked two of my non-political friends to follow me to see Nurul Izzah Anwar. Their parents thought I was crazy, not the least because I had chosen to go to a low-cost housing area – an Umno stronghold in Lembah Pantai – out of ignorance.

To convince my friends, I showed them a clip of Nurul Izzah speaking at the KL Chinese Assembly Hall, where she talked about “Zaman Edan – A Generation of Ludicrousness”, because a wrong was made to seem right, and black was made to seem white.

I bought into Nurul Izzah’s dream of a fairer, cleaner, wiser society. Even when the rain poured over our heads as we stood at the narrow alleyway, we saw something special in her.

The Umno troublemakers tried to sabotage her speech by pulling off the sound system. She didn’t waver, she raised her fist into the air, and with a voice that reverberated against the walls of the concrete flats, she thrice let out the most forceful chant that defined her life: Reformasi.

As the months went by, I learned about Nurul Izzah’s story.

The most difficult part was to try to walk in her shoes and exacting how she must have felt. In 1998, an 18-year-old woman in university was forced into the limelight when she witnessed first-hand the cruelty of power and the heartlessness of politics.

She was forced to go around the world to explain how her father was unjustly incarcerated, at venues big and small, to audiences loyal and sceptical...