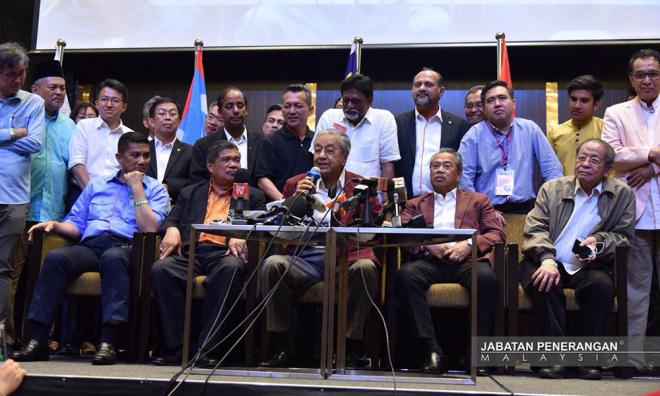 Hopes and heroes: Malaysia in 2018

COMMENT | Malaysia’s year of embracing change has been both euphoric and disquieting. After the victory of Pakatan Harapan in May and the rapid formation of a new government, high expectations have been met by hard realities.

Dr Mahathir Mohamad’s return has brought to the fore many of the problems of his earlier tenure and simultaneously showcased the burdensome financial mismanagement of the Najib Abdul Razak era.

Not only is the new government facing serious domestic political challenges and a growing public perception that it is not delivering, but Mahathir has also returned to power in unfavourable global conditions, of which the uncertainty and slowdown of the world economy are arguably the most serious and foreshadowing a difficult year ahead.

As the year ends, it is fitting to reflect on both positive and negative developments and to recognise that, despite disappointments and persistent divisions, 2018 was indeed a year of hope and heroes.

Foremost in this list are the ordinary Malaysians. From across the political spectrum, citizens went to the polls and took to the streets to express their aspirations.

Malaysia had a peaceful transition of government and despite real anxieties over increased race-based mobilisation, rallies and protests have largely remained peaceful.

A grave exception to this was the Seafield Sri Maha Mariamman Temple riot in late November, which led to the tragic loss of life of firefighter Muhammad Adib Mohd Kassim. He was an extraordinary hero; his bravery in service to fellow Malaysians is a reminder of the sacrifices that many on the frontline of safety make for others, irrespective of race, and the need for responsible responses to honour his memory.

In the sadness and outrage over the loss, one cannot ignore the calls for outreach to maintain the richness of Malaysia’s diverse social fabric. In fact, Malaysians have taken on more responsibility and are no longer as afraid to speak out.

This is palpable in everyday conversations, and in both social and mainstream media. Despite the constant political gossiping and obsession with who and why a person is with whom in photos, another important feature of the year has been the welcoming of the widening of political space.

The challenge has been that many of the discussions have been shallow, mono-dimensional and highly personalistic, effectively minimising meaningful debate of the real problems Malaysians are facing. Yet, even within this constant political storytelling, there is greater attention to policy problems, from drug use to unemployment.

It takes time to change patterns of behaviour, but more Malaysians are showing comfort with more political freedom and greater political sophistication in how they process information...