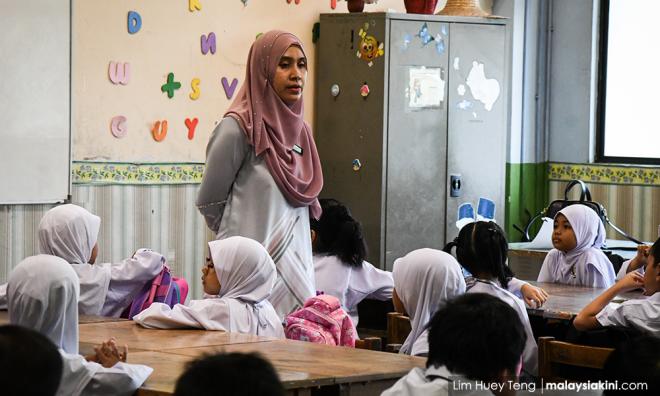 Religion should be taught in school - just don't promote it

COMMENT | On his first day of school this year, Arman (not his real name) and his Standard Four classmates were asked by their English teacher if they had performed solat Subuh (morning prayers).

There were only a few hands up in the air.

"Tomorrow morning, anyone who did not perform solat Subuh can stay out of my class!" the teacher threatened them.

Arman came home upset. With English being the first lesson at school the next day, he felt apprehensive.

His parents tried to console him.

“If your teacher asks you the same question tomorrow, don’t be afraid. Just admit that you did not perform the prayers. And if he tells you to get out of the class, your mum and I will take it up with the headmistress,” said his father.

On the second day of school, Arman’s mother accompanied him to school to observe the English class. To her surprise, the English teacher repeated his question upon entering the classroom.

“Raise your hand if you have performed solat Subuh,” he instructed his Muslim students.

Arman felt his little tummy turning upside down. Although he did not do his morning prayers, fearing the consequences, he decided to lie and raise his hand.

Some other students who admitted to not having performed the morning prayers were then called by the teacher to the front of the class. They were then scolded and shamed in front of their classmates before being chased out to perform the solat in school...