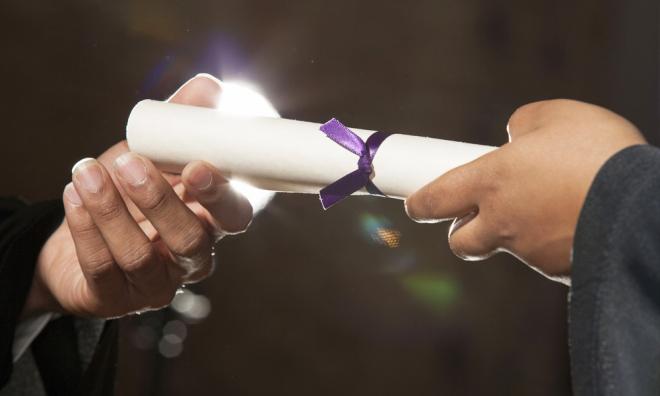 Fake degrees in the age of post-truth

COMMENT | We've read enough of the same old story of politicians and their alleged fake diplomas. And so too of fake promises and fake parties. We are still waiting for the ruling party to make things 'un-fake' and weed out leaders who cannot even present the truth of their own academic accomplishments.

Yet, there are apologists among party members who seem to miss the point entirely, perhaps because power and sitting in the comfort of their own evolving fakeness makes them rationalise the act of dishonesty.

Isn’t this why we have cases of corruption with fake 'datuk' issuing fake contracts and living fake lives, whilst people suffer through policies designed out of fake intentions?

How do we 'un-fake' society in this age of viral post-truth?

Academic honesty goes a long way. It starts with helping students speak and write the truth and shun plagiarism. But what do we have in Malaysia? Fake degrees, fake datukships, fake news, fake leaders, and fake election promises.

We punish students for plagiarism. Why be apologetic for those with fake diplomas, or who buy their theses and dissertations? Companies hire people based on their CVs to maintain their integrity. Why not demand that politicians do the same (especially since the government is a business these days).

Accountability should be a basic requirement of an elected representative because it affects people and policies.

We seem to have a mismatched cabinet. Shouldn’t a foreign minister, for example, have a degree in international studies? And an education minister an advanced degree in education? Appoint as leaders those with accredited degrees, to avoid complication in credibility. Unless you find the next Bill Gates or Mark Zuckerberg.

These days, barely a year after regime change, I ask: do we have faith in the current government to make the changes they promised? It is too messed up, directionless. There is fighting amongst party and coalition members. Sixty percent of Malays are said to have lost faith in the government, because of the filth produced by race- and religious-based leaders. Promises remain unfulfilled.

In the case of fake degrees, one must know that accreditation is key to setting the standard of excellence and integrity in any university. It is a long process. Any American university offering a Bachelor's degree with customisable 45-credit requirements online is most likely a scam.

And then there is the case of fake Islamic parties. Will "PAS kantoi...

fakedegree
Related Reports
Wee: Easier to win lottery than to get Marzuki's grades
a year ago
Dr M on Marzuki: We've not really found out what happened
a year ago
Marzuki defends 'three-year' degree, but anomalies detected
a year ago
Marzuki’s colleagues should not try and cover up his act of fraud
2 years ago