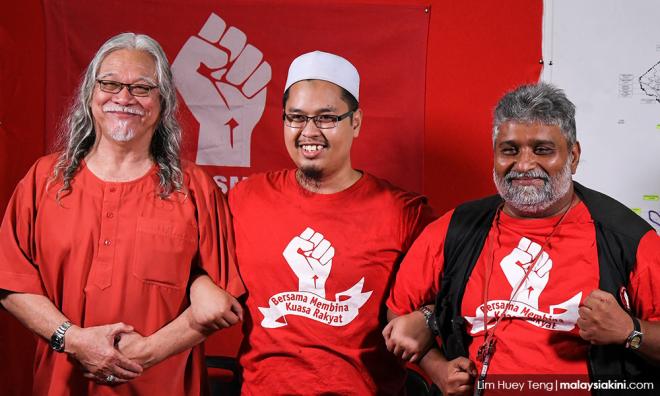 COMMENT | Nik Aziz Afiq Abdul's story is a familiar one when it comes to why people join Parti Sosialis Malaysia. Working for an NGO when he first came across PSM, he was impressed by their dedication to the rakyat.

As the PSM candidate for the coming Semenyih by-election, he is doing everything you would expect from a candidate of a political party that has always demanded real change, but has been failing at the ballot box.

He has declared his assets and agreed to a debate. The latter is a tiresome prospect because there are no real political debates – even in the West – where it is all about personality and not about policy.

But, hey, it would be interesting to see how a PSM candidate differs from the other mainstream candidates. As for how much he's worth, that's another story.

Unlike mainstream political hegemons, PSM does work the grassroots and work for the grassroots. Here’s the thing about PSM activist/political operatives – winning or losing is not the point of their struggle.

I hate it when mainstream political operatives talk about their 'struggle,' because it does not mean a struggle for the people they claim to represent, but rather their struggle for political relevancy in the rigged game they choose to play in.

Talk to any PSM member/supporter – be they Malay, Chinese, Indian or Orang Asli – and political relevancy, though desirable, is not the paramount concern. Their concerns are the issues – local – facing the communities they operate in, and the larger socioeconomic context of political hegemony at odds with a sometimes apathetic, but most often voiceless strata of society.

People often talk about the 'tongkat' (crutch) mentality of the Malay community. On the one hand, they mock and are dismissive of the entitlements for the community. On the other, they choose the pragmatic approach of furthering these programmes because it is beneficial to the party of their choice...