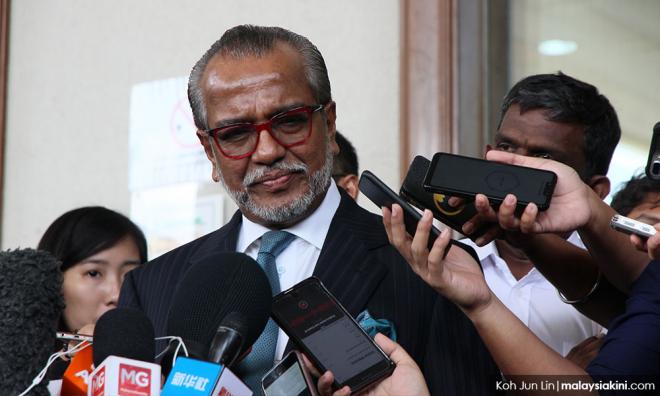 Another doggone delay to Najib's trial

COMMENT | Take the postponement of Najib Abdul Razak's SRC International trial, last Tuesday. When the normally aloof lawyer, Muhammad Shafee Abdullah, gave his blow-by-blow account of the rough-and-tumble play with his dog, you realise that Shafee is desperate, and both he and Najib must know that the inevitable is near.

Shafee was trying too hard, with his long-winded explanation about his dog, in the lead-up to the end, when he pinned the blame on the Attorney-General, for delays to Najib's trial.

Shafee said that he hoped to train the dog as a guard-dog, because he trusted guard dogs more than human guards. The guards can't be too happy to know their services are not really appreciated.

He could not resist boasting that he has a professional dog trainer, who used to work in a police K-9 unit and was trained by the FBI. If he were to say this in Ipoh, people would laugh at him, because...