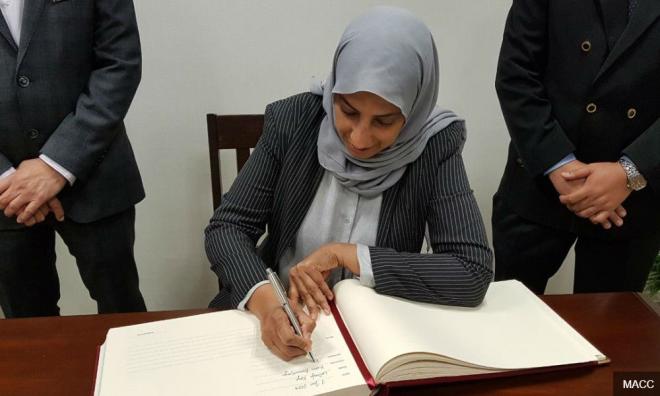 The fallout from Latheefa's appointment

COMMENT | PKR assemblyperson Dr Afif Bahardin is correct when he argues that the select committee for major public appointments has failed miserably to do its job. In my last piece, I argued that the noise surrounding the appointment of Latheefa Koya as MACC head was credible, but when it comes to politicians making the noise, it is a different story.

Lim Kit Siang's statement on the issue, while welcome and reaffirming the spirit of the manifesto, unfortunately, does little to reassure people who believe in the manifesto as a guide to institutional reforms.

It also points to the failure of Harapan to make legally binding reforms, blaming the old bugbear of lack of numbers. The reality is that Harapan did not make this a priority, and LKS was more interested in taking potshots at Najib than reminding people that one of Harapan's core promises was constraining the power of the PM.

In the Latheefa piece, I argued that Harapan political operatives should be working on reforming institutions – with bi-partisan support if needed – instead of merely engaging in rhetoric that worked up either base.

Back in February, I wrote a piece asking if Harapan really wants to control Prime Minister Dr Mahathir Mohamad. In it, I went back to the pre-election promises of the then Harapan opposition that they had a mechanism in place to “control” Mahathir

Politician after politician reminded the base that there was a mechanism in place to control Mahathir, despite offering no credible evidence of this. Post-May 9, Mahathir played along, stepping aside when he was reminded that he could not do this or that. It was all very playful and it did not last very long.

While politicians have attacked this appointment as process deviation, the reality is that there was never any process, to begin with...