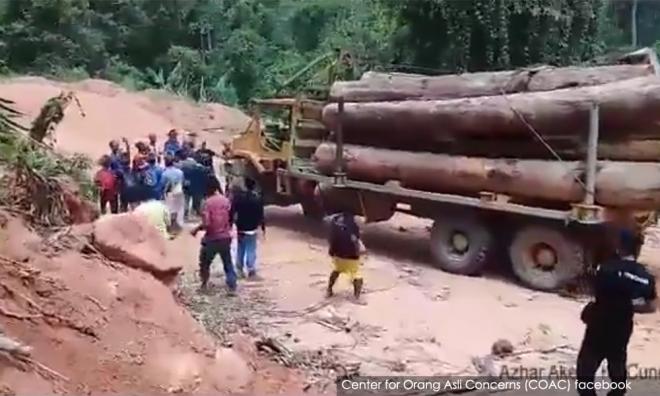 The government versus the indigenous people

“We don’t call them elephants. To us, they are known as Atok or Orang Besar, because they lived in and roamed this forest longer than we have."

COMMENT | Minister in the Prime Minister's Department P Waythamoorthy's call for the police to release three Temiar Orang Asli after a clash with loggers is welcomed, but ultimately this means very little for natives who have been on the receiving end of the malfeasance of the state for decades.

If you go to the Facebook page of the Centre for Orang Asli Concerns (COAC) and read about the events that led up to the arrests, you will understand what these marginalised people are up against.

We talk of these “loggers” as a shadowy threat, but the reality is that behind these loggers are corporate entities with deep ties to the ruling establishment. This is why these loggers are confident that the state security apparatus will be on their side when the chips are down.

Of course not. Because if someone like Waythaymoorthy did not draw attention to their plight, they would have spent more time being illegally detained...