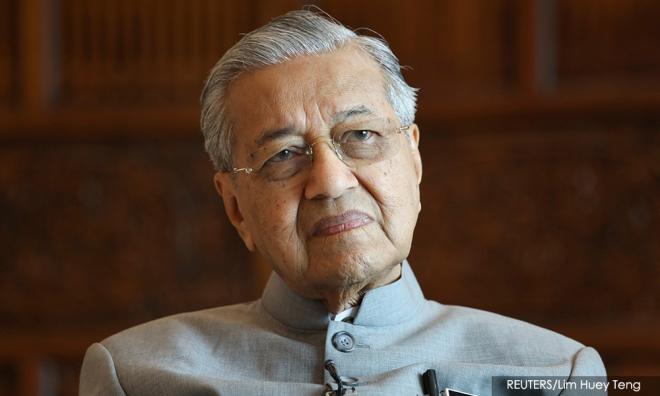 Who in Harapan dares impose a retirement date on Mahathir?

COMMENT | PKR vice-president Rafizi Ramli was reported to have said that if the old maverick does commit to a timeline for a transition of power then a retirement date will be imposed on him. The question is who is going to do that? The presidential council which has done bupkus (nothing) since Pakatan Harapan won their mandate?

You cannot really blame the old maverick for not wanting to relinquish power. After all, there was no fixed transition date, hence Dr Mahathir Mohamad is well within his "rights" to drag this on. How there could be no fixed date or even a timeline is beyond me, but it is a constant reminder that some people are willing to believe anything if it means getting rid of a despised public figure, like Najib Abdul Razak.

Always remember, Mahathir is not solely to blame. The folks who were supposed to keep him in check are also to blame. The same people who were screaming that Mahathir was a despot or tyrant, and yes, kleptocrat, are now silent when he rides roughshod over election promises and progressive reforms.

As for a vote of no confidence, Rafizi said support for the coalition would “collapse” if there were an effort from within it to forcefully remove Mahathir in such a manner. However, Rafizi said this was unlikely...

PM: Those who say gov't directionless not acknowledging reality
10 Jan 2020
Retirement date may be imposed if Dr M doesn't commit to a timeline - Rafizi
9 Jan 2020
Dr M: We are stable and peaceful, yet people think the gov't is not doing well
7 Jan 2020
No dispute over Anwar as next PM but date not fixed – Saifuddin on 'May 2020'
3 Jan 2020
Malaysia can't host Apec without Mahathir at the helm?
2 Jan 2020