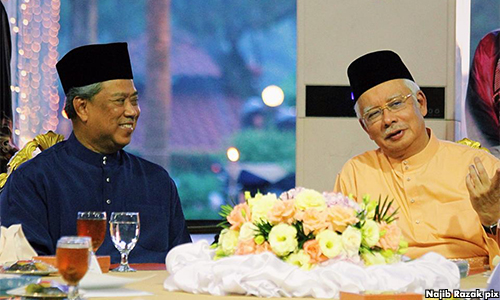 COMMENT | All eyes are on Malaysia awaiting the decision of former prime minister’s first 1MDB trial tomorrow. The focus is on whether former prime minister Najib Abdul Razak will be held accountable for the world’s largest kleptocracy scandal. This decision has important implications for accountability, corruption and abuses of power the world over. Most ordinary Malaysians are hoping justice will be served.

For those in Malaysia’s longest-governing party Umno, however, attention centres on whether the hold Najib has over the party since he became prime minister in 2009 will continue. At stake is not only the party leadership, but the political trajectory for the country’s leadership.

In 2016, with my academic colleagues John Funston, Clive Kessler and James Chin, I wrote a book entitled ‘The End of Umno?’ laying out a series of arguments on the decline of the party. The book was updated in an expanded version in 2018 after GE14. The arguments in the book vary, but two central themes emerged – that the old Umno that led the multi-ethnic Barisan Nasional coalition was over and that the party’s leadership – Dr Mahathir Mohamad and subsequently Najib – had undercut the party’s political fortunes.

Tomorrow’s decision will shape whether Najib’s control over Umno will continue, it will determine who will lead in the Malay leadership battle. If he walks out of court a free man, given his resource advantages (which were built through the 1MDB scandal), Najib will be in a position to potentially return not only to the party’s leadership helm, but to office in Putrajaya.

Najib – not opposition leaders Mahathir or Anwar Ibrahim – is currently Muhyiddin’s most serious political competitor for national leadership. If Najib is convicted, he will begin an appeal process that will likely put him out of contention for the next general elections and weaken his hold on Umno, having to rely on proxies for...