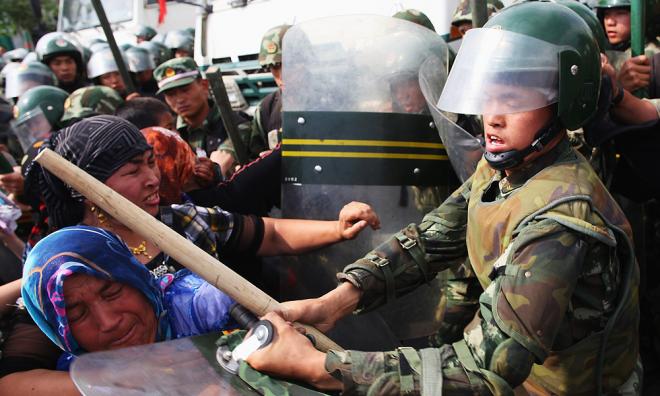 COMMENT | China has time to U-turn on Uyghur Muslim problem

COMMENT | Malaysia is a friend of China. All the stories that Malaysia was the first country from Southeast Asia to recognise China, more precisely the People's Republic of China, as early as 1973 are true.

In contrast, South Korea established its full diplomatic relationship with China only after the end of the Cold War in 1992. As for the Asean countries, of which Malaysia is a founder on Aug 8, 1967, the entity went one step further to convene the Asean Regional Forum in 1994, which invariably included all the great powers, especially the United States, Russia, and China, too.

China's excellent diplomatic behaviour included the ascension to many international instruments to curtail the spread of chemical, biological, and radiological weapons (CBRN).

But since the Sept 11 attacks of 2001, China has acknowledged the problem of "catastrophic terrorism" too, a word coined by Ashton Carter, a former US Secretary of Defense who is a professor of political science at the Kennedy School of Government.

While the US does have a problem with Guantanamo Bay, where suspected terrorists are detained, usually without due process of the US law, the US detention orders are still subjected to legal challenges.

Had president Barack Obama been more decisive - he wasn't - the Guantanamo detention centre would be abolished by now. However, President Donald Trump, with something in the region of 72 days left in his tenure before he is expected to be widely defeated on Nov 3, 2020, opted to keep the detention centre.

Come what may, the issue is not over one prison centre over another. It is about policy.

In the case of China, leaked China cables to the International Consortium of Investigative Journalism, no doubt a respectable body with some 289 of the best journalists on board, are beginning to discern a wide-scale crackdown of the Uyghur Muslims, often on the most frivolous reasons, such as having WhatsApp installed on one's phone, travelling to Hajj, or making calls and visits to their relatives in Istanbul, for that matter, anywhere in the Muslim world; which is comprised of 57 countries.

Due to Sino-US tensions, and the Sino-India spat, any thorough journalistic accounts of these reporters on the problems of China's blanket crackdown on Uyghur Muslims, especially Kashgar, have been dismissed as "fake news" or “propaganda".

This has created a serious conundrum. China is in deep and serious denial that it is in contravention of the Geneva Convention. Indeed, scholars such as Dr Andrian Zenz, a German scholar who is an expert on Tibet, and now Xinjiang too, has found more and more evidence of forced sterilisation of the female Uyghur Muslims incarcerated in the detention camps.

Such a policy verges on sheer cultural genocide, where the right to have one's next generation is denied.

To be sure, students who returned from Istanbul, or any Islamic colleges/universities abroad, would also have their passports confiscated and sent to what the Chinese Communist Party called the "re-education" camp.

Granted that China's Belt and Road Initiative involves 67 countries, of which 30 of them are predominantly Muslim, it is high time that China examines its gross mistreatment of the Uyghur Muslims.

China should focus on winning their hearts and minds, not sending people into camps to be "brainwashed" into party-loving members. The number of prisoners now hovers between one and two million people, out of 12 million indigenous people in Xinjiang.

However, regardless of how one sees it, this is not a "policy" but a blunt political instrument akin to using the hammer to kill a fly. China must stop this ethnic and cultural cleansing. The world must ensure China stops this.

RAIS HUSSIN is MDEC chairperson and the president/CEO of Emir Research, an independent think-tank focused on strategic policy recommendations.

What are the main areas of tension in US-China relationship?
23 Jul 2020
Trump signs bill pressuring China over Uyghur Muslim crackdown
18 Jun 2020
COMMENT | A milestone for the Uyghurs
4 Jun 2020
COMMENT | M'sia can lead the way in ending Uyghurs' plight
21 May 2020