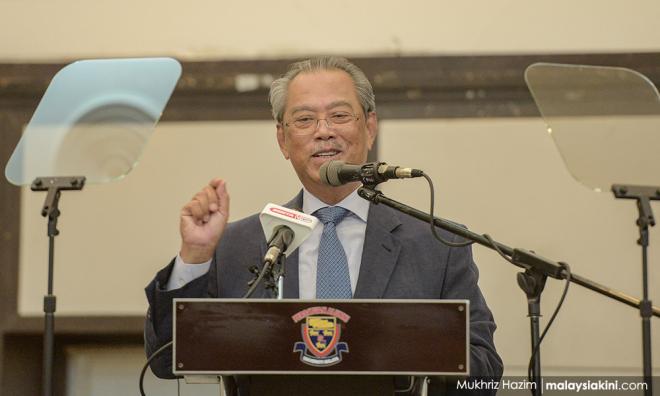 COMMENT | Some call him Mr Charisma. Formerly from Umno, he’ll soon return to the old address because he’ll have no choice other than to quit. But here’s the problem, for starters: Mr Charisma has no charisma.

He has popularity. That’s if you believe a recent Merdeka Centre poll that gave him 69 percent ‘public’ approval. But to equate popularity with charisma is quite a stretch. Is Muhyiddin Yassin’s popularity attributable to his sudden and enormous explosion of charisma, even if Khairy Jamaluddin says so?

What puzzles is why a gutsy politician of Muhyiddin’s calibre, who has so much ‘charisma’ that makes him so madly popular, would nonetheless request and not demand that the [ruling] coalition that he leads unites behind him, for his detractors to stop pestering him over elections while he monotonously drones that the king had installed him as the country’s eighth PM?

Clearly Muhyiddin hasn’t a firm grip on power. His loose Perikatan Nasional (PN) coalition is too loose. His ‘government’ is too unwieldy. Too many ‘ministers’ are gaffing like galahs. Too many are making ad hoc decisions. Too many are engaged in parcelling out wild and woolly claims. Some inheritably putrid racist ones.

Seven months after forming the government, it’s evident PN is fraught with infighting. The ground shifts beneath its feet. It’s a quagmire now; quicksand before long...