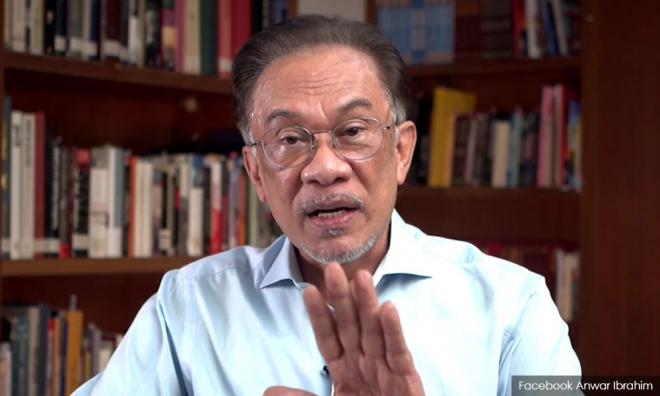 COMMENT | Does PKR leader Anwar Ibrahim inspire you with the confidence to willingly throw your support behind him? Or are Malaysians so desperate to be rid of Perikatan Nasional (PN) and the extremist bigots in PAS, that they do not care who leads, as long as PN and PAS are out of Putrajaya?

Is Anwar impatient, power hungry, or just another attention seeker? The coronavirus pandemic has placed restrictions on what we can or cannot do, but it has not stopped Anwar from calling a press conference (PC) to announce that he has secured a parliamentary majority.

With only a few days to go before the crucial Sabah election, and some people claiming that Warisan leader Shafie Apdal has a strong chance of winning, why is Anwar attempting to steal Shafie's thunder? Why the distraction?

I do not claim to be a political analyst, nor did I study politics at university. I do not know what political hegemony means, and I have no idea what a neo-liberalist is, even if one were to hit me in the face; but I do know that I am a concerned Malaysian, and many of the things that worry me (and about which I write), have their roots in politics.

Personal issues like race and religion are politicised. How I dress, whether I cover my head, where I eat, or if I want to hold hands with a boy, or read a controversial book, have all been politicised.

Put simply, I am a keen observer of human behaviour, so when Anwar said that he had the numbers, he of all people should realise that outmanoeuvring Muhyiddin Yassin is not just about how many MPs he can entice, but it is about something more fundamental and...