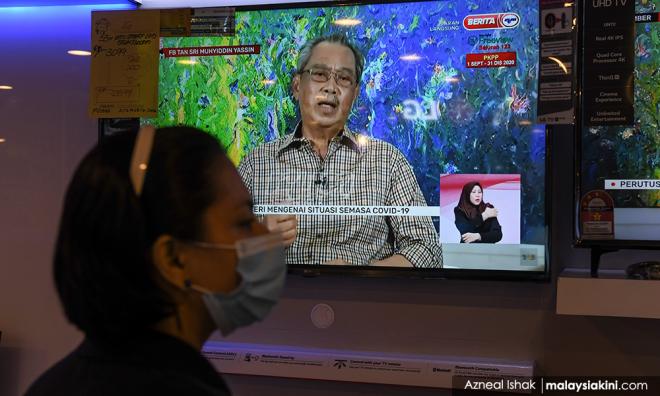 COMMENT | If you are not on Twitter you might not know that earlier this week the hashtag #MuhyiddinOut was trending on the social media platform. The hashtag asked for Prime Minister Muhyiddin Yassin to resign as PM.

At its height, more than 30,000 tweets were sent out using the hashtag.

The hashtag came about after the prime minister's latest special address on the Covid-19 situation. This was after it was revealed that Malaysia hit a record high of 691 new cases on Tuesday, Oct 6.

Malaysians highly anticipated the special address. People were worried about the rise in cases after months of recovery. Most importantly, Malaysians wanted to know whether the government would decide to impose the movement control order (MCO) again. Many feared that if we have a second MCO, the social and economic impact would be worse than when it was first executed.

At the same time, the public was already dissatisfied with the government's handling of this third wave of the coronavirus. Many feel that it was a result of the Sabah state election where the virus, which had already affected many places in Sabah, was brought back to Peninsular Malaysia by politicians. It was also revealed that many of those who campaigned in Sabah did not appear to follow the standard operating procedure (SOP) which was put in place by the Health Ministry.

To make matters worse, a few days before that...