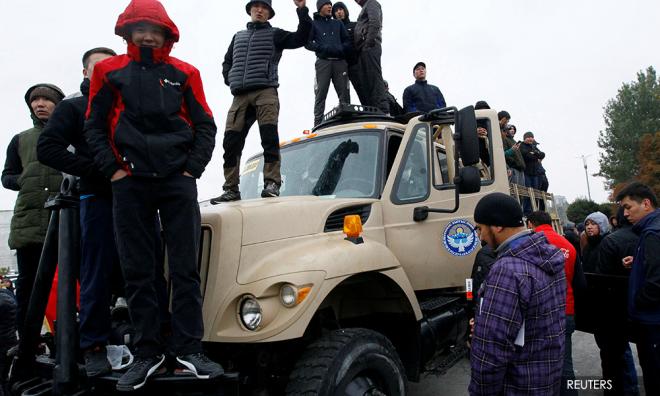 COMMENT | Much of Kyrgyzstan’s capital has been unnaturally calm for several days now. Municipal workers clean and wash the streets, but there are few passersby. There are also few signs of the recent clashes in which police used tear gas and stun grenades to disperse young protesters. But the covered windows of the city’s shopping centres attest to the simmering tension in this central Asian country, which now faces its third major political crisis in 15 years.

The most recent protests erupted following the country’s Oct 4 parliamentary election, in which three pro-government parties – with, by Kyrgyz standards, huge official and unofficial financial resources at their disposal – won an implausible 107 of 120 seats. Only one opposition party got into parliament, barely exceeding the seven percent threshold. That party, and 12 others that failed to win seats, refused to recognise the results.

The subsequent revolution was swift and thorough, dismantling most of the country’s political system in little more than 24 hours. On the night of Oct 5-6, several thousand opposition supporters protested in Bishkek’s central square, and some stormed parliament and other government buildings. The cabinet resigned, and the country’s central election commission annulled the election results, promising to schedule a new vote.

Even Nexta Live, the Telegram messaging app channel widely used by protesters in Belarus, focused almost exclusively on news from Kyrgyzstan, posting information, photos, and videos from the capital.

On October 9, President Sooronbai Jeenbekov said that he would step down once a new cabinet was appointed. But he also declared ...